Blog: What public mental health can learn from Ulijaszek’s 'Models of Obesity' 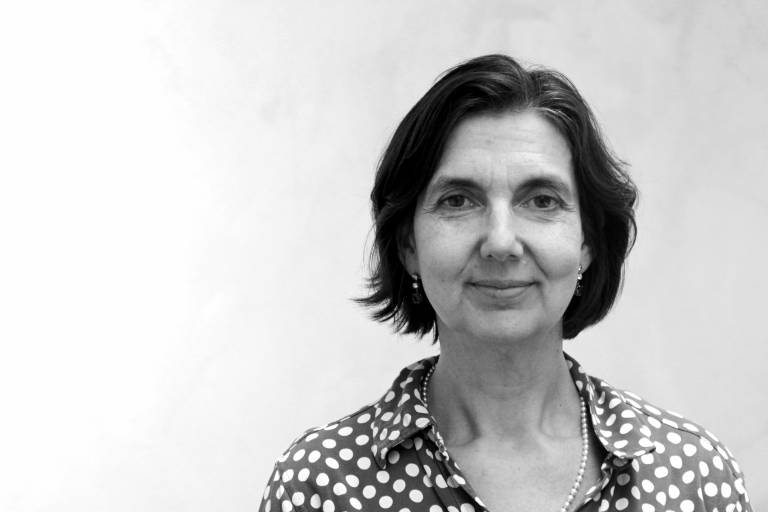 An epiphany came to me when I read Stanley Ulijaszek’s book, Models of Obesity (Ulijaszek 2017).  For some time, I had been concerned that the focus of mental health policy and research is limited by an inflexible set of models and assumptions. But, I have been struggling to find alternative paradigms that were rigorous, inclusive and didn’t just turn into an attack on medical models. Ullijaszek’s thought-provoking work offers that opportunity.

Some of the parallels between public health responses to obesity and mental health are already clear. Concern about rising levels of obesity and of mental health problems have increasingly come to the fore in high income countries, and the concepts about what constitutes normality and how far these problems are socially constructed or should be understood in medical terms are contested. In both cases, the most persuasive political arguments for action have been underpinned by statistics detailing the cost to the economy and health service and in both cases, there has been an increasing focus on children as a point of concern and intervention.

However, new parallels that are less obvious emerged from my reading of this book. In particular, the following insights from Ulijaszek’s work on obesity offer real opportunities for advancing thinking in relation to public mental health:

Ulijaszek’s work includes many terms that I (and I suspect others) may not be familiar with. But part of what excited me about this work was the thought that some of these new words may help us to think about some of the issues in new ways, either by giving more status to otherwise diffuse concepts, or by condensing an idea into a single word that make it easier to mobilse as part of an argument. So please bear with me below in my attempt to translate and extrapolate from this unfamiliar but useful language.

There is an urgent need to reframe mental health problems as “chronic relapsing conditions”. Currently, if you ask mental health researchers and practitioners if they think of mental ill-health as acute or chronic, people shift uncomfortably in their seats and respond if pushed with “both” or “it depends”. Until we agree how to make this distinction, we need to accept from a public health point of view, that all mental health issues should be perceived as chronic relapsing-remitting. Otherwise we have no chance of creating meaningful public health policy.

Ulijaszek notes: “The standardization of obesity measurement using BMI has allowed sense to be made of population obesity more easily through the practice of epidemiology.” Agreeing the common metric of what constitutes mental health issues is crucial if we are to make any advances in public mental health. A metric is needed for clarity in explaining consistently what we mean by mental health or the lack of it.

Currently, terms such as mental illness, mental health problems, mental distress are used interchangeably and “mental health” and “wellbeing” are frequently referred to together, as if they are part of a single construct. However, they are neither synonymous nor do they always share the same causal factors. Similarly, it may be crucial to not conflate appropriate sadness or distress with mental illness.  A possible starting point for a common metric may be high-levels of distress combined with severe restriction of functioning

Ulijaszek writes: “Market systems of food processing and delivery, which make palatable, energy dense foods cheap and extensively available, are fundamental to the creation and maintenance of obesogenic environments.” For mental health problems, less consensus has been reached on what parts of the system acts as a cause. It can be suggested (to rephrase Ulijaszek) that a multitude of systems that produce mental health problems lead to increased consumption of pills, products and procedures marketed to address these problems. Furthermore, these are arguably fundamental to the creation and maintenance of what we might term psychopathogenic environments; conditions conducive to mental ill-health.

Ulijaszek points out that “Obesogenic environments are easily identiﬁed by a great preponderance of motorized transport and of sedentary occupations, and the cheap and easy availability of high-fat, high-reﬁned-carbohydrate foods”. Some aspects of psychopathogenic environments are also clear from the existing evidence including environments with high levels of abuse or neglect, poverty, bullying, lack of close personal relationships and social isolation. Other aspects of psychopathogenic environments are more open to debate. Current contenders as potential factors linked to mental ill-health  include high levels of misogyny and body shaming, high use of social media, and high levels of pressure to succeed combined with a narrower range of definitions of success. However, the evidence is still lacking on cause and effect and different groups may prioritise different explanations as highlighted in the quoted tweet below.

Parents: Kids are more depressed these days, I wonder why?

Kids: You destroyed the economy for us, the earth is literally dying, we are going to work until we die and on top of that the Nazis are back.

Parents: It's those pesky iPhones

It is perhaps also relevant to note in this context that there is a positive correlation between increased professional support for mental health difficulties and increased rates of difficulties. The nature of this relationship is not clear but there is a need to consider that professional forms of helping, whether talking therapies or using medication, may themselves be part of an expert system that forms part of the psychopathogenic environment itself in ways that are not yet fully explored.

Ulijaszek points out that “while many people live in environments that can be characterized as being obesogenic, not everyone living in such contexts becomes obese. This may be in part due to variation in genetic predisposition and epigenetic susceptibility, but it is also due to variation in environmental exposure and human behaviour.” Cleary the same is true for mental health problems where the majority of research effort has been spent on considering the genetic, behavioural and personality factors that may affect individual trajectories rather than wider societal factors.

As Ulijaszek notes: “In societies promoting individualist values, the regulation of obesity is often synonymous with individual self-control, and models for obesity regulation overwhelmingly focus on responsibilization and self-management…Where self-management is difﬁcult or impossible, as among young children, there is considerable responsibilization of parents and schools for the prevention and reduction of childhood obesity”. This concept of ‘responsibilization’ I take to mean Ulijazek’s concern that full responsibility is lain at the door of individuals, rather than considering wider societal forces. This has clear echoes in relation to mental health strategies where the overwhelming focus has been on individual level approaches, including efforts in therapy and helping people develop “grit” or “resilience”.

Ulijaszek writes “Rationalities underpin all forms of institutional and organizational behaviour and practice, and models of obesity are implicitly grounded in them. They reﬂect different orientations to reality that weigh up means and ends of actions in pragmatic ways. …they reﬂect the different world views that scientists, policy makers, advocacy groups and other people use in framing obesity as a problem. Different forms of rationality carry different meanings according to discipline, be it economics, psychology, sociology, evolutionary biology or political science”. By ‘rationalities’, Ulijaszek means forms of thought from different disciplines and/or world views.

Developing a public health response to mental health problems is, as Ulijaszek states of obesity, “situated in a ﬁeld of competing interests and behaviours, where meanings of the phenomenon are highly contested…, and is the outcome of the actions of interactive expert systems at societal, social and individual levels. The corporations, agencies, governments and institutions that form components of these systems act using a range of different rationalities, incompatibilities in which may contribute to obesity [mental dis-ease] production. Polyrational approaches to... regulation… would require understanding these rationalities, their relationships to each other and the extent to which they predispose to obesity [mental dis-ease]”. Clearly this is a major challenge, but the wish to include explicit consideration of a wider range of “rationalities” is increasingly recognised by funding bodies in relation to mental health (e.g. see multiple funding initiatives in the area of mental health in UK currently) and the need to draw on social sciences findings in particular has been highlighted for evidence-based policy more generally.

Ulijaszek notes that whilst there have been attempts to create cross-governmental work on obesity prevention, a range of different strategies and local approaches testify to the “cacophony of effort”. This is a phrase that resonated with me in relation to the “cacophony of effort” to address mental dis-ease. Ulijaszek notes that to address this issue, a framework for translating evidence into action in obesity research has broadly grouped evidence into a number of categories: observational, experimental, extrapolated and experience based. These were deliberately not seen as a hierarchy. In contrast, in mental health public health policy to date, experimental studies have been seen as the top of a hierarchy. However, I would argue that given the current state of evidence they should not be given this status and the different forms of evidence must each be considered carefully for what they can teach us. In particular, I would argue that extrapolated evidence that is not derived from the biomedical rationality is currently undervalued and needs further attention.

Ulijaszek defines ‘viable clumsy solutions’ as: “composed of a combination of singly rational policies towards a particular problem”. What spoke to me about this concept was the departure from the idea that public mental health policy was ever going to be a clear science-based intervention or a simple set of coherent approaches, but rather that it might involve a set of approaches reached by expert consensus involving a range of competing world views and priorities and explicitly extrapolated from the “cacophony” of ideas arising from disparate views.  To agree such viable clumsy solutions, public mental health may do well to consider approaches such as the one Ulijaszek references; the need to bring stakeholders together to describe and analyse obesogenic environments in terms of physical, economic, policy and-socio-cultural environmental factors.

Imagine key mental health stakeholders coming together, with an agreed definition of mental health issues as a chronic relapsing public health concern, mapping out psychopathogenic environments, considering what might be extrapolated from the evidence from a range of disciplines, and agreeing a set of viable clumsy solutions that could be trialled alongside agreed metrics for considering impact and outcomes. All of this might indeed present a positive paradigm shift for public mental health.