Virtual Event: Why Did a Former UCL Provost Think Research in AI Should be Stopped? 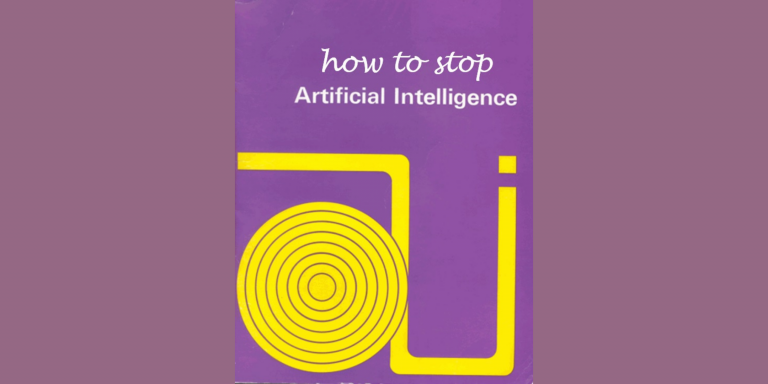 This lecture will explore why a former UCL Provost felt that research in Artificial Intelligence should be stopped.

James Lighthill, Provost of UCL between 1979 and 1989, was the author of a highly influential report to government on artificial intelligence (AI), one which questioned what AI was and what it could achieve. Its impact was profound. It was the cause, say some, of the first 'AI winter' of the 1970s. In this Lunchtime Lecture I will present my discoveries made in the Lighthill papers held in UCL Special Collections and the National Archives at Kew, that reveal the reasons for this intervention. Given the resurgent importance of AI, we can learn from the past fortunes of the subject. Lighthill was one of the leading mathematicians of the 20th century. His work nevertheless was highly engaging, asking questions such as 'how do fish swim?' and 'how do birds fly?'. His answers led him to firm convictions about what makes good science policy, not least concerning how science might pay close attention to the world's problems. I will explore the resonances between Lighthill’s approach and our recent return to grand challenges and a problem-oriented industrial strategy for science.

Jon Agar is a Professor and Co-Head of Department at STS (Science and Technology Studies). He is a historian of modern science and technology, and is the author of books such as The Government Machine: a Revolutionary History of the Computer (MIT Press, 2003), Constant Touch: a Global History of the Mobile Phone (Icon, second edition, 2013), and Science in the Twentieth Century and Beyond (Polity, 2012). He is also the author/editor of two recent UCL Press books, Histories of Technology, the Environment and Modern Britain (co-edited with Jacob Ward, 2018) and Science Policy under Thatcher (2019). In 2016 he was the recipient of the Royal Society’s Wilkins-Bernal-Medawar Medal and Lecture.