Read what our students have to say about their experiences of studying at SELCS and their time spent living and studying abroad as part of their Programmes. 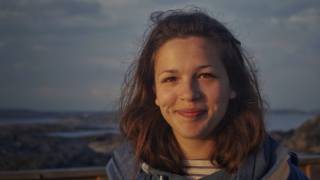 "The range of languages I was able to pick from inspired me to study at UCL. At that time I hadn't properly considered the teaching staff, the location, the library facilities, the levels of support, and so they were happy surprises that inspired me in retrospect!

"BA Language and Culture is a really interesting and varied course that gives you the chance to study three languages rather than the usual two of Modern Languages. In the first year you usually study two languages at once: two post A-level (or equivalent) or one with the option of picking up an ab-initio language of choice. In the second year you can drop one of those two and pick up a new language and, at the end of that year, the language(s) you've spent two years studying will be the country/countries you spend your year abroad in. The language courses themselves will only take up half the modules, the rest normally come from SELCS and are culture based. Whilst you study languages, the programme is much more about culture and using language as a route into studying culture.

Skills for life and a career

"I learned so much about how language and culture intertwine and this knowledge is now so inextricably part of the way I view the world. The highlights of the programme were definitely my year abroad and my dissertation! Even though I studied Ukrainian entirely from scratch, I got to live in Ukraine by myself for a whole year which, although scary at times, was enlightening and something I never would have done otherwise.

"Academically, my language skills improved to the point where I was able to read all of the sources I wanted to in order to write the dissertation that I wanted. The BALC programme is so broad that I basically got to research anything that I wanted (within reason) and that, along with all the academic support, was truly amazing. This environment gave me plenty of space to develop useful skills both personally and academically and to link my time at university with my next degree and, ultimately, my career. When I graduate I'm going to pursue a career in midwifery." 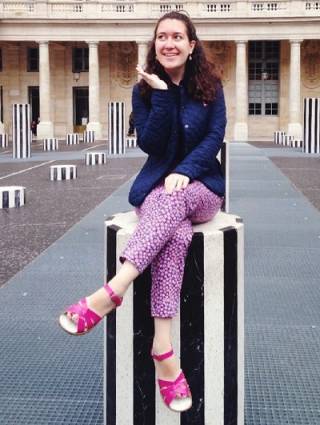 Originally, I was adamant that I didn't want to go university in London: I'd lived there for seventeen years already and I wanted to try a new city. Prompted by my parents and teachers, I reluctantly went to the UCL Open Day. Perhaps it was because it was close to home and perhaps it was because the classrooms reminded me of my school's, whatever it was, I quickly got a good feeling from UCL. Initial impressions matter - especially when choosing where you'll spend the next four years of your life.

I loved the breadth of UCL's French course: the first year was a good chance to try and taste everything and I had classes in literature, film and history which allowed me to see what I could like to study in the later years. I chose to mostly study modern literature and greatly enjoyed reading a range of francophone literatures, whether from France, Algeria or Haiti.  In my final year, I took a module on Tintin which was a wonderful chance to mix my love of French literature with children's literature. UCL's ELCS modules meant I could explore literatures of other languages and cultures in translation which complemented the Francophone side of my degree and it was fun to read books I otherwise would not have known.

The year abroad was, of course, the highlight of my degree. I went to university, before working as a translator for an influencer marketing agency. The opportunity to work abroad provided me with invaluable experience for my CV. The work placement allowed me to throw myself into the French language, working with it intricately on a daily basis, greatly improving my linguistic capabilities and preparing me for the language work in final year as there was a focus on translation. My internship not only improved my language, but also gave me the chance to explore my creativity and discover a new industry: learning marketing on the job was an excellent experience. While I was unsure of what I was doing initially, I quickly learned how to be resourceful and innovative which will benefit me hugely in future. Living in Paris meant that I could explore the rest of France very easily which I did most weekends; the fact that my friends were living in other cities and towns made that a lot easier and having UCL friends abroad made living in a foreign country a little less daunting. I loved the diversity of France as every place was different and had its own feel or sense of magic. For the year abroad assessment, I wrote a four-thousand-word essay in French on Young Adult fiction in France. I greatly appreciated the chance to research a more unusual topic and write about it in my favourite language.

Studying French at UCL taught me a lot more than just French and has given me a lot more than French skills because life is not learnt, contrary to what I thought before starting, from a textbook. It taught me resilience, determination, how to adjust quickly to new situations, what to do when things go wrong and how to celebrate when they go right. It has given me a renewed love for London, fantastic friends, a passion for figure skating and the confidence to learn and discover anything and everything I may want to.

Choosing to study at UCL was probably one of the best decisions I made, especially because I decided to do a Masters here as well. My good feeling I got from the campus was clearly right; UCL is a pretty good place to spend five years. 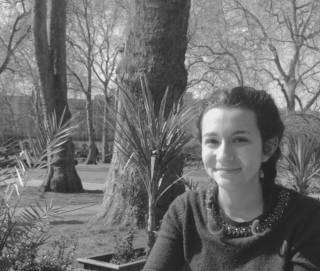 "I chose to study at UCL after falling in love with London. I thought that there was no other university in the city, let alone the rest of the UK, which captured its vibrant, multi-cultural and dynamic atmosphere as well as UCL does. UCL is always buzzing with life, always full of things to do, and that was the main reason I wanted to study here.

"My Programme is a multi-disciplinary degree which gives an overview of European politics, international relations, history, philosophy and economics in the first year, any of which you can then go on to specialise in, in subsequent years. You can also choose to take various languages in combination with ESPS - I study Italian and Spanish.

Developing skills for my career

"My favourite part of my Programme has been taking up ab initio Italian. I had not studied a language in this way since I was a child and the conscious study of the patterns in grammar and the structures in language taught me a lot, not only about the other foreign languages I speak, but also about English.

"I hope that the humanities element of my course will help me to develop my analytical capabilities, to construct arguments and to evaluate information critically. When it comes to languages, I think the most useful skill I have learnt is perseverance, and this is something which will aid me throughout my life, not just in my career.

"Learning a language can be extremely unrewarding - there are millions of people around the globe, many younger than you, some of who have only a very basic level of education, but who can do exactly what you do, much better than you, without even having to think about it. Learning languages is not about the end product, for you can never claim to know a language completely; it's about how you get there, and I think that this is where the beauty of the subject lies.

"Studying ESPS is no small feat to undertake; it involves studying a lot of different subjects, all simultaneously, which can sometimes seem quite daunting. At the same time however, it is also a Programme of which you can never get bored and which can be tailored very tightly to fit your interests, whether they be linguistic, scientific or humanitarian.

"For me, my degree at UCL has been about much more than what I have been taught; it has been about how I have been inspired. Learning languages at London's global university is not just memorising vocabulary and filling out comprehension exercises; it is about submerging yourself in a foreign culture, taking an interest in its literature, reading about its history, thinking about what you say and how you say it and constantly being excited by what you study.

"UCL is Unparalleled, dynamic, captivating, thriving, and finally I'd like to use the untranslatable Spanish word 'duende', which is used to denote something which has soul and inspires feelings of awe, like artwork which deeply moves the viewer."