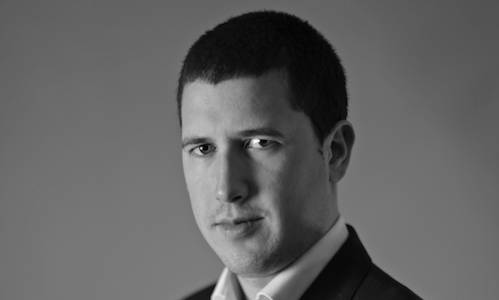 Oliver is the Manager of the UCL European Institute, and leads on public policy engagement, partnerships, research strategy, operations, and finance.

Oliver is also a Research Associate and is an experienced policy researcher, writer, public speaker, and media commentator. He publishes widely on a range of policy areas, especially digital regulation, including data protection, cross-border data flows, AI policy and governance, and intermediary liability. Oliver also specialises in UK/EU politics and Brexit. Links to all of Oliver's work can be found below.

Previously, Oliver worked as a Researcher at both UCL Grand Challenges and the UCL Constitution Unit. He has also worked in Nesta's policy and research team, as well as the House of Commons office of Chuka Umunna MP. Oliver holds an MSc in Philosophy and Public Policy (distinction) from LSE.

One psychiatrist, 400,000 patients: How can the rights of people with mental health conditions be protected? (2017), UCL Grand Challenges.

With no-deal looming, it's highly unlikely the EU will refuse an Article 50 extension - Huffington Post

How can we attract teachers and doctors to work in deprived areas? - UCL Grand Challenges

Brexit: is it possible to stop it? - The Conversation

The EU's negotiating strategy has worked so far, but it's playing a risky game - UCL Brexit Blog

Despite the obstacles, here's why a Brexit deal is still on the cards - Huffington Post

Now that Article 50 has been triggered, reality will start to bite - UCL Brexit Blog

What will Brexit mean for London's tech industry and digital entrepreneurs? - OpenDemocracy

Eastern Europe’s internet is great - but does this matter for digital startups? - Nesta

An Extension of the Eye: The Impact of Surveillance Technologies - UCL Culture

UK will probably get an EU data adequacy agreement – but struggle to keep it - New Statesman Tech, June 2020

The UK’s data sharing deals with Europe are about to get real messy - WIRED, February 2020

A no-deal Brexit may trigger a data disaster, and UK companies don't have a clue - WIRED, September 2019

Oliver worked as a Researcher for UCL Grand Challenges on the Exploring Inequalities project. He co-authored Structurally Unsound with Siobhan Morris (project director) and colleagues.

Exploring Inequalities combines research and evidence on inequalities in the UK, with the aim of facilitating informed and joined-up policy making. The project provides a multi-disciplinary exploration of the nature of – and intersections between – different types of structural inequality.

Exploring the Language of Inequalities

Exploring place-based inequalities in the UK

How can we attract teachers and doctors to work in deprived areas?