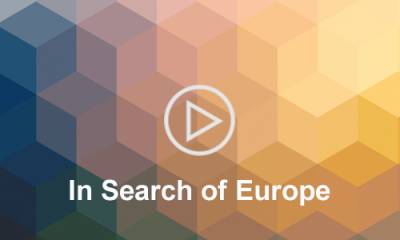 May 2022
Erin Goeres, Associate Professor at the UCL School of European Languages, Culture and Society (SELCS), explores overlooked complexities of 1066 and its connections to modern day politics.

Housing is more than Houses: Catherine Bauer and Modern Housing

September 2020
Barbara Penner, Professor of Architectural Humanities at The Bartlett School of Architecture (UCL), takes a look at the history of European modern housing.

The Philosophy of Public Health: From Coronavirus to the Neglectful State

April 2020
James Wilson, Professor of Philosophy at UCL's Department of Philosophy, explores major philosophical public health questions that are more relevant than ever after the coronavirus.

Angels, Demons and Hungry Dogs: Magic in the Middle Ages

September 2019
Sophie Page, Associate Professor in History at UCL, takes us back to the Middle Ages to explore how medieval people imagined the cosmos, and their own world, as swarming with invisible spirits - angels and demons.

The Silent Storyteller: Reading Kafka through his Czech Contemporaries

May 2018
Sophia Psarra, Reader in Architecture at the Bartlett, UCL, introduces her new book on Venice, and how, as humans we are wired to look for ideal patterns, stories and places, in literature, art, architecture and design.

Horror films as guilt trips on an ethical mission

February 2018
Susanne Kord, Professor of German literature at UCL's School of European Languages, Culture & Society, discusses her work on the hidden messages conveyed by horror films. Kord is the author of numerous books on literature and popular culture, including the recent '​﻿Little Horrors: How Cinema's Evil Children Play on Our Guilt'.

Nightwalking and insomnia in the city

November 2017
Matthew Beaumont, Professor of English and Co-Director of the Urban Laboratory at UCL, discusses his work on nightwalking and insomnia in the city. Beaumont is the author of 'Nightwalking: A Nocturnal History of London'.

December 2016
Julia Brannen, Professor of the Sociology of the Family at the UCL Institute of Education, talks about her book Fathers and Sons: Generations, Families and Migration (Palgrave Macmillan 2015).

Informal practices and corruption around the world

December 2015
Alena Ledeneva, Professor of Politics and Society at UCL's School of Slavonic and East European Studies, introduces her work on informal practices and corruption across the globe.

Negotiation and decision making in the EU

April 2015
Dr Christine Reh, Reader in European Politics at UCL's Department of Political Science, discusses her research on the EU's political system, and the ways in which decisions are made, focusing on the relationship between the EU's institutions.

April 2015
Axel Körner, Professor of Modern History at UCL, discusses the ways in which opera has been politicised in modern European history, looking beyond nationalism and nationalist politics.

Sexuality and Society in Russia and Eastern Europe

April 2015
Dr Richard Mole, Senior Lecturer at UCL's School of Slavonic and East European Studies, discusses his research on LGBTQ migration. He focuses on factors beyond economics which can explain migration, especially from Central and Eastern Europe, and the importance of European mobility.

April 2015
Stephanie Bird, Professor of German Studies at UCL, discusses how comedy is an essential part of suffering, drawing on the findings of her book: 'Comedy and Trauma in Germany and Austria after 1945: The Inner Side of Mourning'.