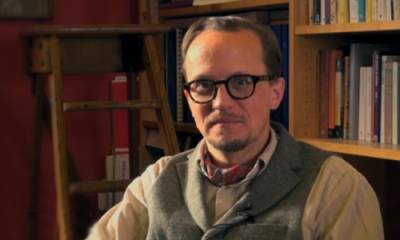 Axel Körner is Professor of Modern History and Director of the UCL Centre for Transnational History (CTH). His main area of interest is the intellectual and cultural history of Europe, 1750-2000. A related field of research is the history of nineteenth-century opera.

His publications include a monograph on the French and German labour movements during the nineteenth century as well as Politics of Culture in Liberal Italy: From Unification to Fascism (2008; 2011). He is editor of 1848: A European Revolution? (2000; 2003); Opera and Nation in nineteenth-century Italy (2012); and America Imagined: Explaining the United States in Nineteenth-Century Europe and Latin America (with Nicola Miller and Adam Smith, 2012; 2016). His new book America in Italy. The United States in the Political Thought and the Imagination of the Italian Risorgimento, 1763-1865 is forthcoming with Princeton University Press.

Supported by a three-year research award from the Leverhulme Trust, he is currently working on a project entitled Transnational Monarchy. Rethinking the Habsburg Empire, 1804-1918. Collaborative projects include Passionate Politics as well as a Leverhulme international network entitled Re-Imagining Italianità: opera and musical culture in transnational perspective.

Professor Körner holds an MA from Lyon II and a PhD from the European University Institute, Florence. He has held visiting positions at the Institute for Advanced Study, Princeton, the Remarque Institute of NYU and the École Normale Supérieure, Paris. He is on the editorial board of The Journal of Modern Italian Studies, VerdiPerspektiven and Memoria e Ricerca.