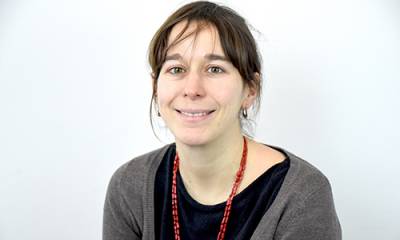 Costanza received her PhD in Social Anthropology from the School of Slavonic and East European Studies, University College London, in May 2017. Her doctoral research, funded by the UK's Economic and Social Research Council and based on extensive fieldwork in Georgia and London, analyses practices of hospitality focusing on blurred boundaries between public and private in post-Soviet Georgia. She has also worked on youth, masculinity and urban public spaces in Tbilisi, as well as on gender and nationalism in post-communist societies, investigating perceptions and reproduction of gender norms in a migration setting (Georgian women in London).

Since 2015, Costanza has been working as Project Coordinator to the Global Informality Project, based at SSEES-UCL and led by Professor Alena Ledeneva. The project investigates local practices from an ethnographic and comparative perspective in order to detect global patterns of informality. Costanza has coordinated the collection of more than 200 informal practices across the world, which has resulted in the Global Encyclopedia of Informality, a two-volume edited book to be published by UCL Press in early 2018. Costanza has also contributed to the development of the in-formality.com (http://in-formality.com) project website, which features a Global Map of Informality and a WIKI section with entries from more than 70 countries. Having joined the UCL European Institute in April 2017, Costanza is currently working to expand the range of informal practices included in the Global Informality Project to countries covered by the Institute's activities (Spain, Portugal, Scandinavian countries, Belgium, the Netherlands, Luxembourg, Ireland, among others).