Kersti Kaljulaid, former President of the Republic of Estonia, recently joined UCL for a roundtable discussion on European security. 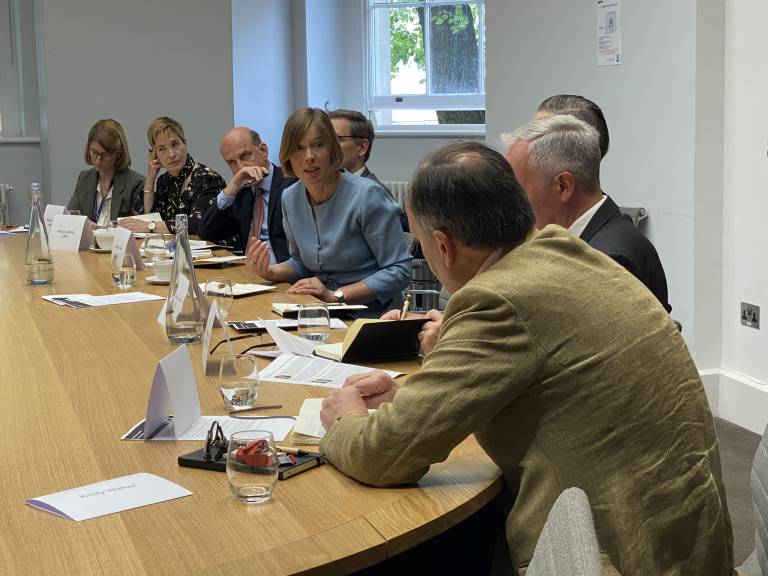 On Monday 16 May, President Kaljulaid took part in a closed roundtable session convened by UCL European Institute and the School of Slavonic and East European Studies (SSEES), which brought together leading academics from across UCL and beyond, as well as senior figures from Whitehall and Westminster, for a discussion on ‘The transatlantic security paradigm: How has the world changed and how should the West respond?’.

Chaired by Executive Director of the UCL European Institute and Pro-Vice-Provost (Europe) Dr Uta Staiger, the discussion covered topics including NATO’s enlargement, defence and deterrence in the EU, the future of the transatlantic security relationship, Russian and Ukrainian public opinion, refugee integration, and future relations between Russia and the West.

President Kaljulaid has been widely tipped as a potential successor to Jens Stoltenberg when he steps down from the position of NATO Secretary General in October 2023. 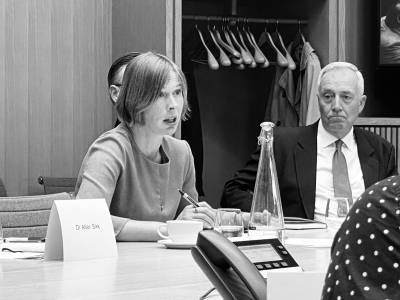 President Kaljulaid said: 'I was delighted to return to UCL, which is famous for its expertise on Europe, Russia and the Baltics, for a stimulating exchange on the serious challenges facing our continent, with leading academics and influential policy makers. This is a historic time and it’s essential that we make the right decisions now to determine Europe’s future and security.'

Kirsty Walker, Vice-President (External Engagement) at UCL said: ‘It was an honour and a privilege to welcome President Kaljulaid to UCL. I cannot think of a more critical time for UCL’s academic experts to be involved in hosting and shaping discussions with political leaders and policymakers about European security and the global implications of this devastating war.’

Professor Richard Mole, Professor of Political Sociology and Deputy Director of SSEES said: ‘UCL SSEES is one of the world’s largest concentrations of academic staff devoted to the study of Russia, the Baltic, and Central, Eastern and South-East Europe. Exchanges like this one are a critical means of mobilising our area expertise and relationships to inform debate at the highest levels.’

Dr Uta Staiger, Executive Director of UCL European Institute and Pro-Vice-Provost (Europe) said: ‘The events of the last three months have transformed Europe, and the world, in ways previously unimaginable. This discussion was an opportunity to think critically about what we have learnt, how the situation might develop, and how we might prepare for a range of scenarios, drawing on UCL’s rich European expertise’.