Taking on Putin: From the Magnitsky Act to Resisting Russia’s War on Ukraine: Recording available

Did you miss Bill Browder's panel discussion about resistance to Putin? A recording of the event is now available online. 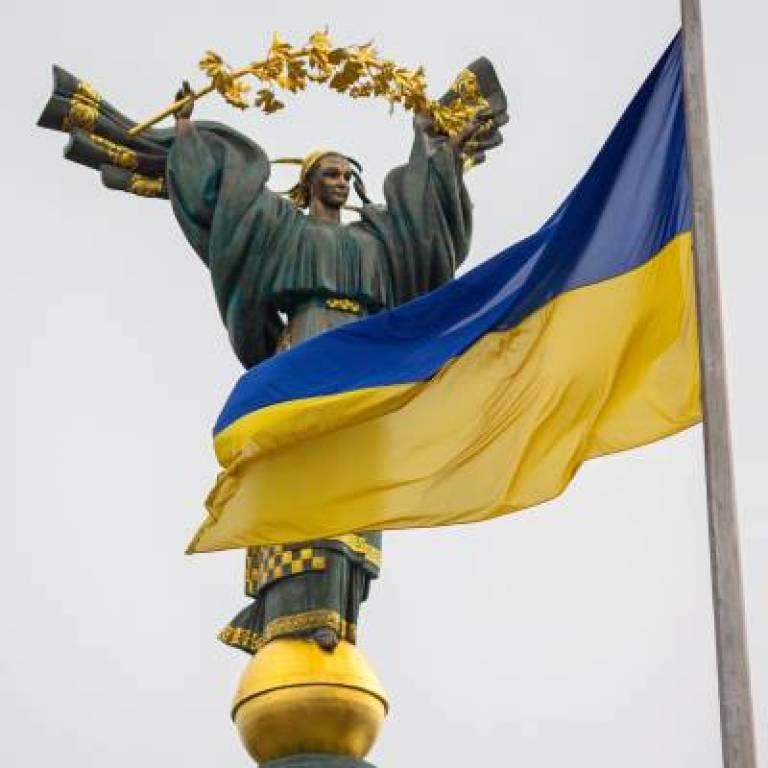 Russia’s February 2022 invasion of Ukraine has been met with a broad set of responses: from military resistance by the Ukrainian armed forces to unprecedented international sanctions. In fact, the war has galvanised efforts to confront Vladimir Putin in a way that previous cases of Russian aggression have not been able to do. But efforts to take on Putin are not new. This panel discussion places Russia’s war on Ukraine into this broader context of taking on Putin, with a focus on Bill Browder’s efforts to hold Russia’s political elite to account.

Browder, founder and CEO of Hermitage Capital Management, was the largest foreign investor in Russia until 2005, when he was denied entry to the country and declared “a threat to national security” for exposing corruption in Russian state-owned companies.

The imprisonment, torture and death of his lawyer Sergei Magnitsky in 2009 marked the beginning of a global campaign to impose targeted visa bans and asset freezes on human rights abusers and corrupt officials linked to the Putin regime. This campaign led to the adoption of the 2012 Magnitsky Act in the US and similar legislation in 33 other countries. Browder is also a best-selling author, and his latest book Freezing Order: A True Story of Money Laundering, Murder and Surviving Putin’s Wrath chronicles his experiences.

Replay the event to hear Bill Browder in conversation with a panel of experts as they discuss the book’s broader implications for taking on Putin, including the effectiveness of economic sanctions imposed following Russia’s invasion of Ukraine.

This event, which took place on 20 June 2022, was co-hosted by IOE (UCL's Faculty of Education and Society), the UCL School of Slavonic and East European Studies (SSEES) and the UCL European Institute.

William Browder was the largest foreign investor in Russia until 2005, when he was denied entry to the country and declared “a threat to national security” for exposing corruption in Russian state-owned companies.

In 2008, Mr. Browder’s lawyer, Sergei Magnitsky, uncovered a massive fraud committed by Russian government officials that involved the theft of US $230 million of state taxes. Sergei testified against state officials involved in this fraud and was subsequently arrested, imprisoned without trial and systematically tortured. He spent a year in prison under horrific detention conditions, was repeatedly denied medical treatment, and died in prison on November 16, 2009, leaving behind a wife and two children.

Since then, Mr. Browder has sought justice outside of Russia and started a global campaign for governments around the world to impose targeted visa bans and asset freezes on human rights abusers and highly corrupt officials. The United States was the first to impose these targeted sanctions with the passage of the Sergei Magnitsky Accountability Act in 2012, followed by the Global Magnitsky Human Rights Accountability Act in 2016.

Since then, Canada, the United Kingdom, the Baltic states, the European Union and most recently Australia have passed their own versions of the Magnitsky Act. Mr. Browder is currently working to have similar legislation passed in other countries worldwide including New Zealand and Japan, to name a few.

Head of the Ukraine Forum and Research Fellow at Chatham House

Orysia Lutsevych is Head of the Ukraine Forum and Research Fellow in the Russia and Eurasia Programme at Chatham House. Since joining Chatham House in 2012 her research focused on social change and the role of civil society in democratic transition in the post-Soviet region. Her most recent focus is on state and societal resilience, where she is leading a new effort to design Resilience Index on Foreign Encroachment (RIFE).  In 2017 she coordinated and co-authored a major Chatham House report The Struggle for Ukraine, which assessed changes since Euromaidan and provided policy recommendations. She is the author of the Chatham House publications Agents of the Russian World: Proxy Groups in the Contested Neighbourhood (2016); and How to Finish a Revolution: Civil Society and Democracy in Georgia, Moldova and Ukraine (2013). Her media work includes contributions to the BBC, CNN, the Financial Times, the New York Times and Open Democracy.

Dasha Afanasieva is a columnist at Reuters' Breakingviews, specialising in finance, Russia and Turkey.

Dr Ben Noble is an Associate Professor of Russian Politics at University College London (UCL SSEES). His research focuses on legislative politics, authoritarianism, and Russian domestic politics, with awards from The Leverhulme Trust, the Political Studies Association, and the British Academy. His co-authored book Navalny: Putin’s Nemesis, Russia’s Future? (Hurst and Oxford University Press, 2021) has so far been translated into eight languages and was selected by the Financial Times as one of the best books on politics in 2021. Ben frequently provides commentary and analysis on Russian politics for academic, policy, media, and general audiences. He is also an Associate Fellow of Chatham House.