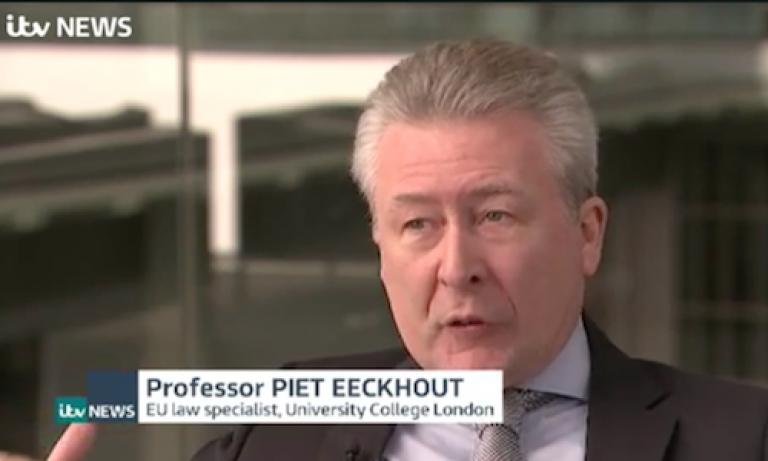 Professor Piet Eeckhout, Dean of UCL Laws and Academic Director of the UCL European Institute, was interviewed on ITV News on 11 February to discuss the WTO, its rules and system, and how it could affect the UK and its trade policy under a no-deal Brexit scenario. He argued that if the UK chooses to adopt very low tariffs following a no-deal Brexit, it would then lose much of its leverage in future trade negotiations, as access to the UK market would already be quite free.

Professor Eeckhout was also interviewed on the BBC Radio 4 Today Programme on 1 February. He discussed the scope for extending Article 50, and whether there were any other options for avoiding no-deal. He proposed the provisional application of the Withdrawal Agreement, as an alternative to the extension of Article 50. Professor Eeckhout acted as legal adviser for the Wightman legal team, having written about the subject of revocability with Dr Eleni Frantziou (Durham University) in ‘Brexit and article 50 TEU: A constitutionalist reading’.

Oliver Patel, Research Associate at the UCL European Institute, was interviewed on CNN International on 15 January to discuss the EU's strategy in the Brexit negotiations. You can watch the full story below.