Revoking Article 50: a view from the inside 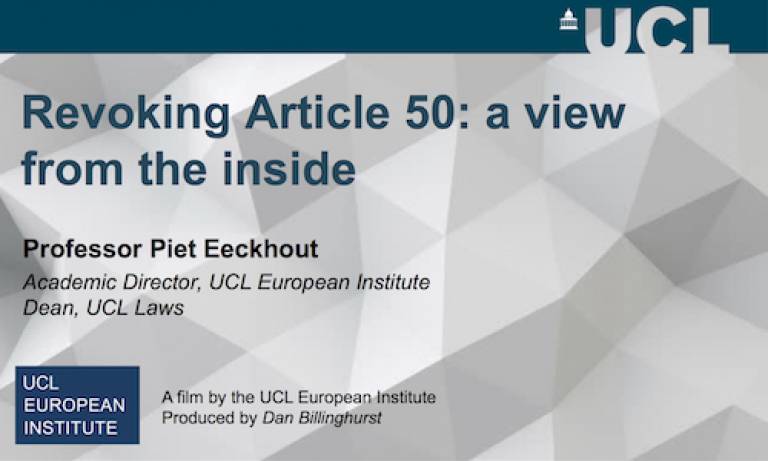 On 11 December, the European Court of Justice (ECJ) ruled that Article 50 can be unilaterally revoked. This means that -- if it wanted -- the UK could stop Brexit without the EU's permission. From a legal perspective, it would be able to reverse Brexit and remain in the EU on its current membership terms.

This ruling was the outcome of the Wightman case, which was brought to the ECJ by several MPs and MSPs. Piet Eeckhout was an academic consultant in the case, working closely with the legal team. Here, he discusses the case, and answers the following questions:

- What is the Wightman case?
- What did the Court say?
- What does this mean?

Piet's role in the Wightman case stemmed from his prior work on Article 50 with Dr Eleni Frantziou, in which they argued that it would be unconstitutional for unilateral revocation to not be permitted: 'Article 50 TEU: A Constitutionalist Reading'

This is a film by the UCL European Institute. It is produced by Dan Billinghurst.