Policy Brief - Negotiating Brexit: Lessons from the first round for the UK side 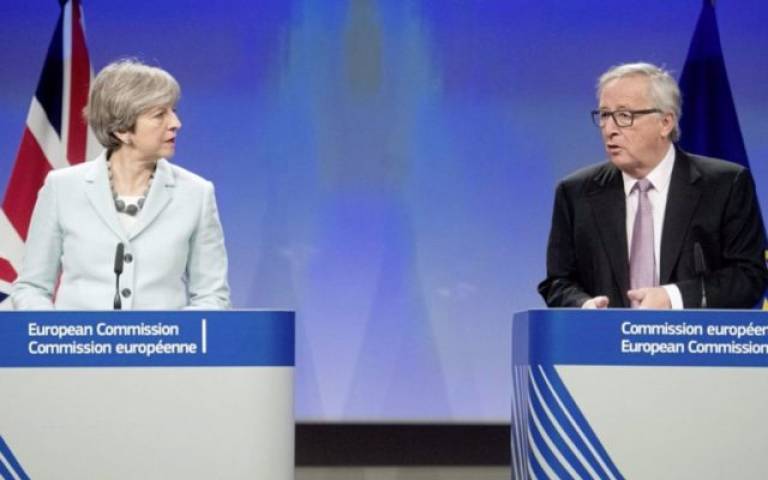 The withdrawal agreement took longer than expected to negotiate, contained few significant deviations from the EU’s initial position, and has suffered from protracted problems with domestic ratification in the UK. Learning the lessons from the first phase will help ensure these problems do not blight the agreement on the future relationship. There are three main considerations for the UK: how to manage expectations, how to adjust its negotiating strategy, and what changes to expect from the first phase.

In this policy brief, Benjamin Martill and Uta Staiger recommend strategies for the second round of Brexit negotiations for the British side.

Benjamin Martill is a Post-Doctoral Fellow at the Dahrendorf Forum where he focuses on Europe after Brexit. He is based at LSE IDEAS, the London School of Economics’s foreign policy think tank. Dr Uta Staiger is Executive Director of the UCL European Institute and Pro-Vice-Provost (Europe) at UCL.

This is a Dahrendorf Forum Policy Brief Paper, which is partially supported by the UCL Laidlaw Scholarship Programme. 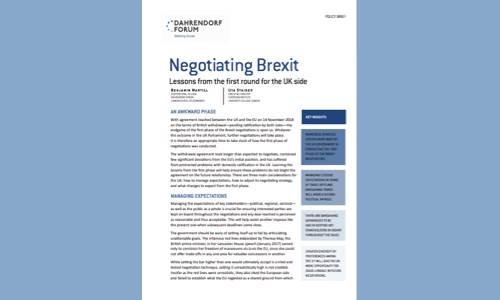