Britain has lost a role, and failed to find an empire 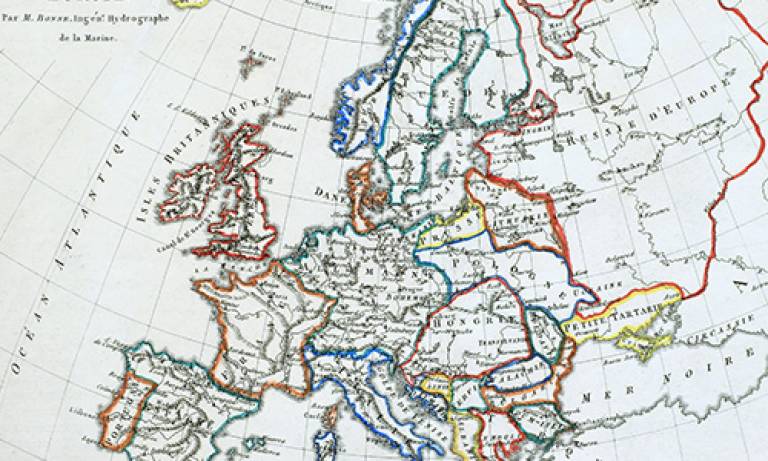 Theresa May's long-awaited Brexit speech must be understood as an aspiration, rather than a roadmap, since its realisation requires the consent of other parties and the removal of important contradictions, argues Benjamin Martill.

In her long-awaited 'Brexit speech', Theresa May set out a comprehensive vision for the future of Britain in a post-Brexit world, envisioning a "great global trading nation" abroad and a fairer, more egalitarian society domestically. This new Britain, May argued, will be fully outside the EU, echoing her earlier sentiment that "Brexit means Brexit", and grounding fears voiced by remainers that the UK will be heading for a 'hard' Brexit.

Indeed, she confirmed the position that many had already come to accept; that the UK would leave the single market and that it would not countenance regular contributions to the EU budget, nor submit to the oversight of the Court of Justice of the EU, nor agree to the free movement of persons. Instead of relying on the EU, Britain is to become a "great global trading nation" engaging not only with the European continent, and a "magnet for international talent", embracing the best and the brightest from around the world. In short: a 'global Britain'.

May was keen to point out that this newfound global role would not come at the expense of Britain's European relationships. Indeed, she sought in her speech to stake out a residual European role for Britain, which, she stated, would remain part of Europe even as it left the EU, and would continue to recognise, and cherish, its European identity. In doing so she echoed a long-standing Churchillian ideal of a Britain in Europe, but not of Europe.  More concretely, if somewhat unrealistically, she also emphasised the UK's desire to establish a close trading relationship with the continent, to make the movement of goods as easy as possible, and to welcome from Europe talented individuals wishing to work in the UK. But, for all intents and purposes, May sought to emphasise the global future that lies ahead for Britain.

Complementing this vision of a global, free-trading Britain abroad is an about-turn in economic and social policy at home, the aim being to restore a sense of unity and justice in British society; or, in her own words, to create a "stronger economy" and a "fairer society". In order to achieve this, May summarised a host of previously announced economic policies, including the advent (or return) of a British industrial strategy, her administration's emphasis on investment as a counterweight to deficit reduction, the decision to maintain, and even expand, EU workers' rights legislation, and educational reform, which most understood to refer to the reintroduction of grammar schools. (None of which, of course, required Brexit, a point to which I shall turn below). These policies were accompanied by renewed pleas for national unity that linked together, cleverly perhaps, the twin discourses of multiculturalism and one-nation Toryism, and sought to reassure the regions of their place in this united order.

What, then, are we to make of May's speech and her vision of Britain in a post-Brexit world? There are perhaps three observations that spring to my mind on hearing May's strategy, if one can call it that.

The first observation is that the speech is aspirational. May's vision for a post-Brexit world will depend, to a very significant extent, on the actions of other countries, not least the remaining 27 EU member states. Achieving a global UK with a foot in the European market will depend on the EU compromising a number of commitments: Fulfilling May's vision would require EU consent to customs union membership without the CET, a free trade agreement without free movement, a budgetary contribution or judicial oversight, an agreement on Britain's future relations with the EU within two years, and guaranteeing the rights of UK citizens in Europe. So far, the EU has signalled its opposition to all of these.

May's vision also depends on a number of other big 'what ifs', including the credibility of Donald Trump's commitment to a free trade deal with the US, and the lustre of access to the British market in China and elsewhere. It is very unlikely the stars will align for May and all these contingencies will fall into place. As such, it makes more sense to view the speech as the opening salvo in the upcoming negotiations - a statement of the ideal British outcome - than as an achievable roadmap for post-Brexit Britain.

A second observation would be that, in spite of the reasoned tone taken by May, and her invocation of such laudable ideals as multiculturalism, social justice, and European solidarity, her vision remains that of the populist Brexiteers. Indeed, even Nigel Farage has admonished May for using language he himself was mocked for. It is not progressive in any genuine sense. Rather, it harks back to the 1950s so fondly remembered by many Brexiteers, when Britain embodied the 'embedded liberalism' of the post-war consensus: Keynesian economic policy at home - with its emphasis on welfare, coordination, planning and industrial strategy - and the growth of global free-trade abroad, backed up by illusions of British power and prestige.

This is a nice idea, of course. But any return to the 'golden age' of British post-war development must confront the lessons of the intervening decades. These include, in no particular order, the precariousness of Britain's position outside what was then the EEC, the challenges confronting dirigiste governments in the 1970s, and the increasing pressures emanating from global market forces spurred on by the intensification of globalisation in the 1980s and 1990s. Whilst the goal of an independent, just, and global Britain - a great free-trading nation characterised by mobility abroad and equality at home - represents for many a utopian ideal, it is an ideal grounded largely in myths, and out-dated ones at that.

The underlying populist basis of May's speech underpins a third, and final, observation that may be made: That her vision for Britain is contradictory, and likely to succeed only to the extent that key elements of it are thrown by the wayside. May's aim to generate a just society at home whilst projecting British economic power abroad combines two competing models of economic organisation; the welfare-oriented coordinated model (her domestic agenda), and the free-market, liberal model (the international one). These models don't combine easily, since educational systems, legal regimes, industrial policy and firm behaviour look very different in either one, and since changes between them have historically proven very difficult (see Hall and Soskice, 2001).

Moreover, such a combination is being attempted, ironically, whilst the UK is leaving the regional body - the EU - responsible for the continuation of the 'European social model' in the globalised age, a feat it achieved by regulating the vicissitudes of globalisation, embedding social democratic rights and workers' protections, dampening incentives for 'beggar-thy-neighbour' policies, and achieving economies of scale abroad. A return to the Britain of the 1960s might have been achievable within the context of EU membership, but outside Europe the 'Singapore option' of unfettered capitalism looks like the only option for achieving 'a global Britain'.

May's speech, then, however reasonably it may have sounded, has provided few solutions for Britain after Brexit, and offers little solace for those hoping for a viable path to a global Britain. No circles have been squared. Moreover, none of the social and economic policies announced by May required Brexit, and almost all of them would have been more easily implemented without it. May's speech should be seen as an aspiration more than anything else; both in the sense that it outlines policies and priorities unlikely to be fully achieved, and that it harks back to a by-gone era when individual European states could afford to combine generous welfare policies with a prominent global role. Dean Acheson famously remarked in 1962 - one year before Britain first attempted to join the EEC - that Britain had "lost an empire, and failed to find a role". Now the logic is reversed: Having renounced the EU and sought comfort in narratives of past glory, Britain has lost a role and failed to find an empire.

Benjamin Martill is a Research Associate in the UCL European Institute and a Senior Research Fellow at Canterbury Christ Church University. He writes in a personal capacity.