The disputed territory of Nagorno-Karabakah has been caught in a tug-of-war between Armenia and Azerbaijan for decades. 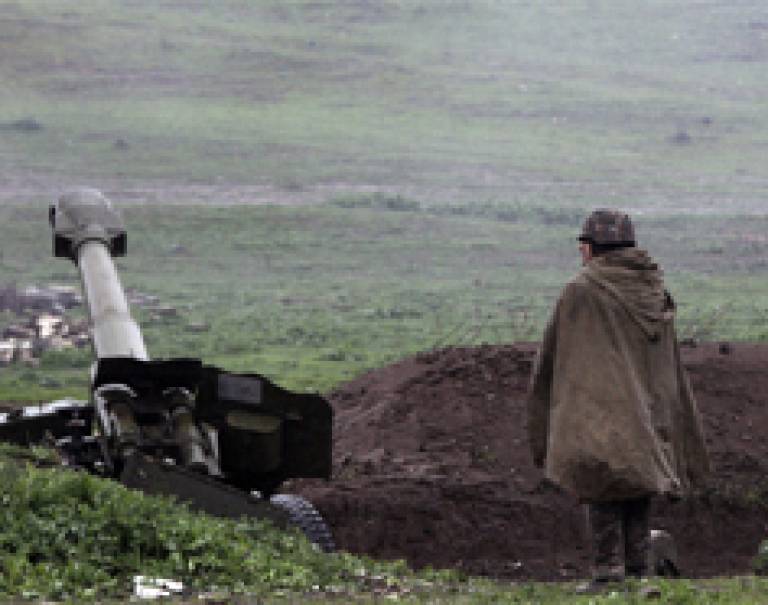 The disputed territory of Nagorno-Karabakah has been caught in a tug-of-war between Armenia and Azerbaijan for decades. Internationally recognised as part of Azerbaijan, it’s home to an estimated 120,000 people, primarily ethnic Armenians, who want to separate from Azerbaijan. It’s been a de facto independent state since a fragile ceasefire was brokered in 1994, and low-level violence has flared up every spring ever since.

But while much remains unclear about the alarming fighting that began on April 2 this year, the scale of what’s happened is without precedent.

This year’s warfare has involved advanced weapons systems such as drones, helicopters, tanks, and artillery, including indiscriminate Grad rockets. Territoryappears to have changed hands for the first time since the ceasefire. While combat has subsided, a full-scale war, with the potential for a wider conflict involving Russia and Turkey, remains a serious risk.

There have been plenty of efforts to stop it coming to this. The Minsk Group, co-chaired by Russia, the US, and France, and charged with finding a peaceful solution, has put forward the “basic principles” of a framework agreement on Nagorno-Karabakh’s future, proposing international security guarantees in the form of peacekeepers, the return of territories surrounding Nagorno-Karabakh to Azerbaijani control, an interim status for Karabakh (a distinct sub-region of the territory) pending determination of its final status, and a right of return for the displaced and refugees.

Though peace talks have stalled in recent years, many observers agree that these principles provide the outlines of a politically workable settlement. But the recent violence makes it clear just how far from a solution we are.

The international response to the violence has been to “strongly condemn” it and call for a return to the negotiating table. Much speculation has turned on the regional politics behind the renewed fighting and the dim prospects for peace – but what gets lost in these discussions are the voices of those whose lives would be most directly affected by any potential settlement.

This includes populations on either side of the line of control, including Azeris and Armenians displaced during the war, and perhaps most crucially, the population of Nagorno-Karabakh itself, where public opinion is one of the most serious obstacles in the way of a diplomatic breakthrough.

In the last few years, scholars have conducted representative public opinion surveys that help us understand local attitudes on questions of war, peace, and reconciliation in Nagorno-Karabakh. Here, we draw on Kristin Bakke’s ESRC-funded survey from Karabakh in 2013 – to our knowledge the most recent scholarly survey of the region – and it paints a gloomy picture.

The people of Nagorno-Karabakh have mixed attitudes towards the mediators trying to resolve the situation. Of the 1,000 survey respondents, only 56% trusted the ability of Russia, the US, and France to come up with a good solution. They strongly believed that Armenia is genuinely interested in a peaceful settlement, but were less convinced that Azerbaijan wants one. And crucially, the vast majority believed that Nagorno-Karabakh, which is currently not directly represented at the talks, needs to be party to any decision on a permanent settlement.

Almost 63% of the respondents were justifiably worried about renewed warfare. When asked: “If there was a new war with Azerbaijan, who, in your view, would best be able to defend you and your close relatives?”, 46% pointed to the NK Defense Army, the pillar of Karabakh’s state-building efforts, 30% to the Armenian armed forces, and 12% to Russia.

Western fears of an entrenched Russian presence in the South Caucasus need to be balanced against the real need for security guarantees. The largely symbolic presence of six OSCE monitors is clearly inadequate; Russia, with its close links to both Armenia and increasingly Azerbaijan, is far from neutral, but it’ll be a vital broker in any peace settlement and in keeping the peace on the ground in the meantime.
Perhaps the most trenchant obstacle to any peace deal comes in people’s attitudes to territory. Our interviews with officials in Nagorno-Karabakh’s tight political, military, and civil society circles revealed serious misgivings about conceding territory, a sentiment echoed in the survey.

The population holds a very expansive definition of Nagorno-Karabkah’s territory, and many are unprepared to make territorial concessions of any kind.

This means that leaders in Armenia and Nagorno-Karabakh need to do more to prepare the public for the return of territories as the basis for a workable settlement, just as their counterparts in Azerbaijan need to prepare Azeris for painful concessions on Nagorno-Karabakh’s political status. Instead, leaders on both sides have exploited the conflict to consolidate their hold on power.

When asked about their preferred status for Nagorno-Karabakh, more than half wanted unification with Armenia, and 38% wanted independence. Very few favoured an “interim” status with a referendum to decide the territory’s final status later, or thought the status should remain as is.

The vast majority of respondents (80%) agreed with this statement: “Because of the past, Nagorno-Karabakh can never be associated with Azerbaijan again.”

Set against the population’s reluctance to contemplate a return of occupied territories outside Nagorno-Karabakh, this suggests an unwillingness to accept that any gains on formalising status will likely come at a price – even though the majority acknowledge that the final borders will have to be decided by a peace agreement.

Almost 20 years after the war came to an end, the 2013 survey revealed that forgiving perpetrators of violence would still be difficult for a large majority (64%). Renewed violence, as we now have seen, compounds the difficulty of reconciliation.

The right of return to one’s former place of residence is an immensely complicated issue on both sides. Many families have experienced violence and displacement. Voices of moderation on either side pushing for greater contacts between communities are marginalised and often repressed.

Whatever the diplomatic obstacles to a peace agreement between Armenia and Azerbaijan, to say nothing of the tangled geopolitical rivalries between the US and Russia (and increasingly Turkey and Russia), a lot more needs to be done to win over the people who have to live with whatever settlement is reached.

Note: This comment has been reposted from The Conversation