Europe's Autocracy Trap... and How to Escape it

ABSTRACT: While the European Union (EU) claims to be committed to pluralist democracy, in recent years it has allowed some member governments - most notably Hungary and Poland - to backslide toward authoritarianism. Now the EU has become stuck in an "autocracy trap" or "authoritarian equilibrium", in which hybrid authoritarian regimes are able to thrive within the Union, making a mockery of its professed values while benefiting from its subsidies. In this talk, I will examine the political factors behind this autocracy trap, outline the steps EU leaders would need to take to escape it, and assess the prospects of their doing so. 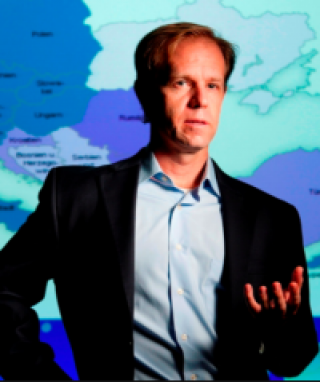 R. Daniel Kelemen is Professor of Political Science and Law and Jean Monnet Chair in European Union Politics at Rutgers University. He is author or editor of six books and over one hundred articles and book chapters on EU politics and law. Kelemen is a member of the Council on Foreign Relations and frequent media commentator on EU affairs. Prior to Rutgers, Kelemen was Fellow in Politics, Lincoln College, University of Oxford. He was educated at UC Berkeley (A.B. in Sociology) and Stanford (M.A. and Ph.D. in Political Science).