Improvising Politics on the European Stage: a conversation with Luuk van Middelaar 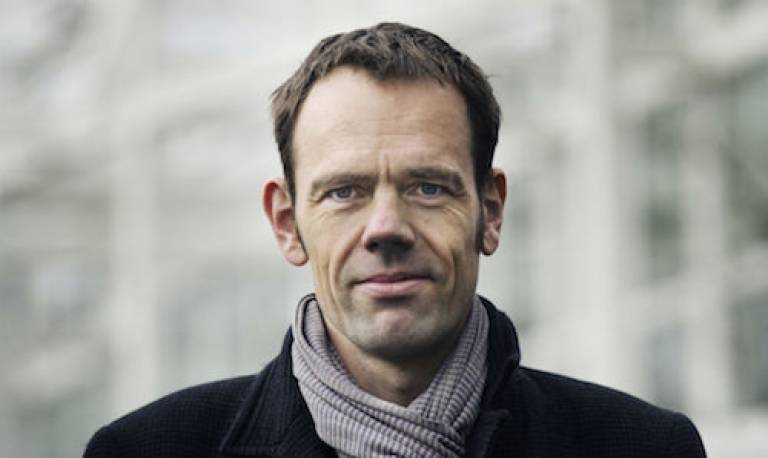 Join the UCL European Institute to discuss 'quite simply the most insightful book on Europe's politics today' (European Council President Donald Tusk). This is a book about Europe's recent decade of political crises, and how the EU and the European heads of government adressed the euro, refugee, Ukraine crises--and the double shock of Brexit and Trump. Forced to improvise without a script in the face of the previously unconceivable, Europe had to rapidly up its game in the politics of events and not rules, while trying to keep an increasingly disenchanted and dissonant public audience on board. Has Europe transformed itself in the process, and how crisis proof is it today?

Luuk van Middelaar is a political theorist and historian. He was the chief speechwriter and a close advisor to European Council President Herman Van Rompuy (2010-2014). He is a professor of EU law at Leiden University and a political commentator for NRC Handelsblad and De Standaard, and author of the prizewinning The Passage to Europe.

His new book, Alarums and Excursion: Improvising Politics on the European Stage, published in March 2019 by Agenda Publishing, is a groundbreaking account of the European Union’s crisis politics. In a revealing and candid portrayal of a Europe improvising its way through a politics of events and not rules, Luuk van Middelaar gives us the insider’s view of the EU’s political metamorphosis. Forced into action by a tidal wave of emergencies, Europe has had to reinvent itself. It has had to cast off its legal straitjacket and to confront hard issues of power, territorial borders and public authority. Van Middelaar contends that this reinvention will succeed only if the EU becomes a truly representative body that allows people’s opposition to share the stage.

Tony Barber, Chief European Affairs Commentator at the Financial Times, will be the discussant.