Protest - Performativity - Post-Truth: The Legacy of 1968 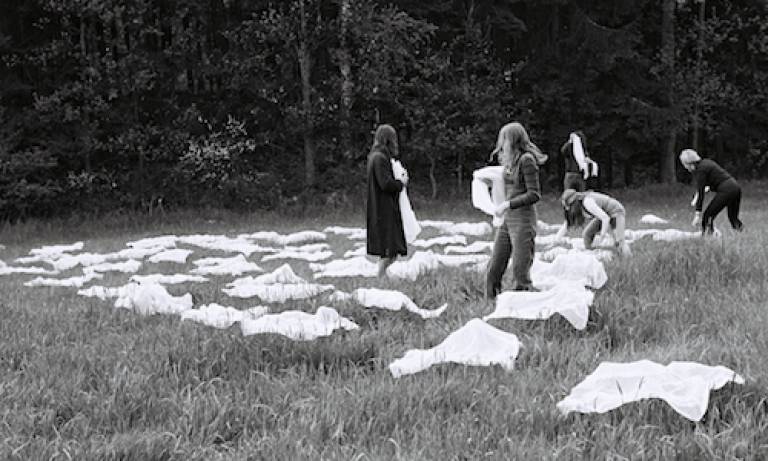 Event hosted by the Czech Centre London, the UCL European Institute, the UCL FRINGE Centre, and the UCL Institute of Advanced Studies.

With its three main panels – Protest and Performativity; Gender and Dissent; and Living in Post-Truth – this symposium invites academics, artists and activists to explore the legacy of the 1968 Prague Spring and other global resistance movements through the perspective of art theory, gender, performativity and post-truth politics.

The ‘performative turn’ affecting the study of culture towards the end of the 20th century placed a new emphasis on the production, processes and reception of cultural phenomena. In the intervening decades, however, performativity has taken on dimensions previously inconceivable. Political protest has traditionally aimed at communicating the truth of its message — but what happens when performativity itself has displaced any notion of truth? This symposium will address this question through consideration of the history of protest as performance, starting from Iron Curtain dissidence — and Václav Havel’s famous injunction to ‘live in truth’ — through the democratic convulsions of recent years, which often took direct inspiration from the Changes of 1989, to the current predominance of untruth and affect in political dynamics.

In partnership with the Austrian Cultural Forum London, Embassy of Lithuania in London, and Embassy of the Czech Republic in London.

10.30-12:00: Panel I: Protest and Performativity
Explores how the need to catch and hold attention brings protest into the orbit of artistic expression in general and theatricality in particular. Consideration of performance both as utterance and as silence; as positive expression, manipulation and censorship.

13:00-14.30: Panel II: Hidden Histories: Gender and ProtestExplores how gender dynamics have shaped, and sometimes divided, movements of dissent both currently and historically (e.g., overlooked role of women in Iron Curtain dissent; the ‘de-silencing’ in #MeToo).

15.30-17:00: Panel III: Living in Post-Truth
Examines how the sort of truth claims that any meaningful protest must raise might respond to a socio-political environment in which truth no longer occupies the privileged regulatory position it has traditionally held.