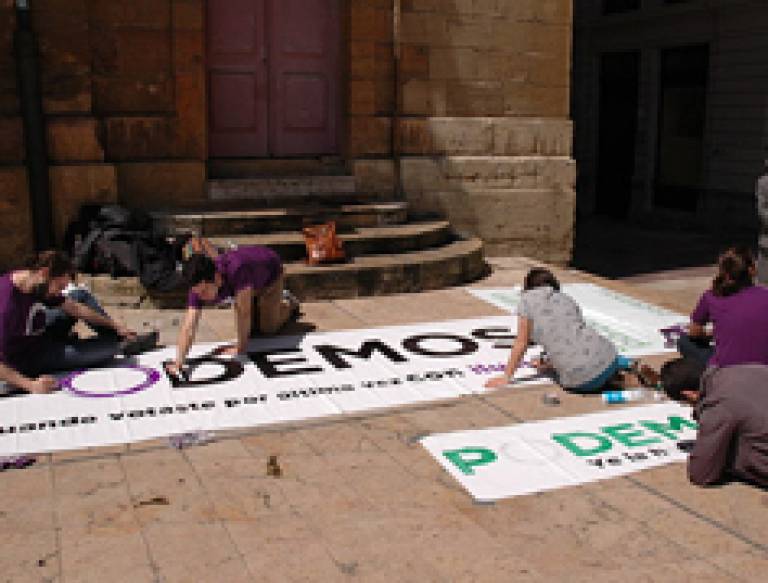 26 October 2015: This event was cancelled because Pablo Echenique and his wife were unable to travel to London the day before the event. He tells the story of what happened in THE and on our Britain & Europe blog.

Pablo Echenique Robba is one of the five Podemos members elected to the European Parliament in 2014, and currently running for parliament in the upcoming general election, held on or before 20 December 2015. He will speak about the new way of doing politics that Podemos stands for.

Podemos is inextricably linked to Movimiento 15M (May 15), the movement of Indignados, named after the large crowds which gathered in Madrid and across Spain in 2011, to protest against unemployment and austerity. What characterises Podemos is that they seek to establish a different way of doing politics, not structured around left and right but around "above and below", and playing by new rules that emphasise direct participation, consensus, and active citizenship. Echenique will speak about this new style of politics, and its power.

An Argentine-born Spanish physicist born in 1978, Echenique works for the Spanish research council. He is also the General Secretary of Podemos for the Aragón region.

This event is part of our Capitalism & Democracy Project.