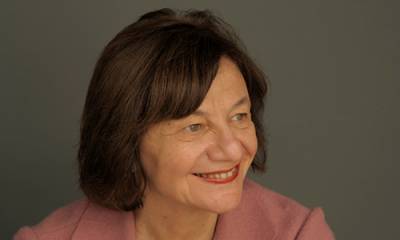 Eva Hoffman has joined the European Institute as Visiting Professor for three years from September 2015. She will be working on a project on Conceptions of Freedom.

Eva Hoffman grew up in Cracow, Poland, before emigrating in her teens to Canada and then the United States. After receiving her Ph.D. in literature from Harvard University, she worked as senior editor and literary critic at The New York Times, and has taught at various British and American universities. Her books, which have been translated widely, include Lost in Translation, Exit Into History, After Such Knowledge and Time, as well as two novels, The Secret and Illuminations.  She has written and presented numerous programmes for BBC Radio and has lectured internationally on subjects of exile, historical memory, cross-cultural relations, political transitions, and other contemporary issues. Her awards include the Guggenheim Fellowship, Whiting Award for Writing, an award from the American Academy of Arts and Letters and Prix Italia for Radio.  She is a Fellow of the Royal Society of Literature, and holds an honorary doctorate from Warwick University.  She lives in London.