UCL is hosting a 'fireside chat' with legendary disability rights activist Judy Heumann. A recording of this event is now available at the bottom of this page. 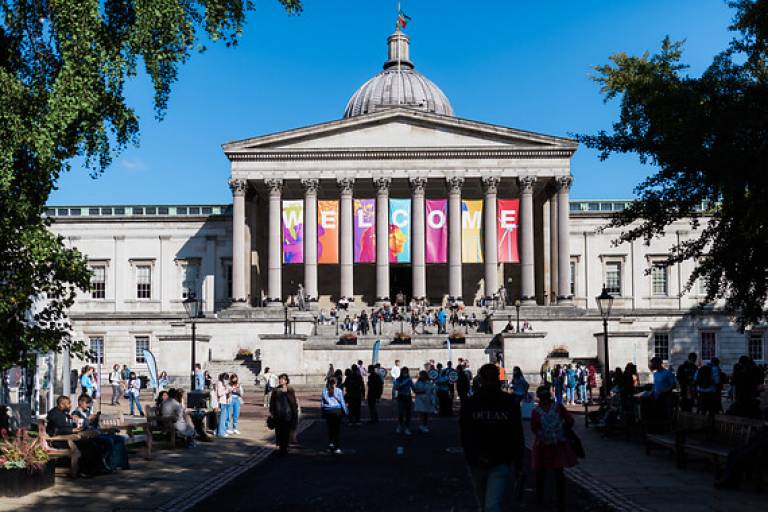 In the lead up to International Day of Disabled Persons and as part of UK Disability History Month, UCL is hosting a 'fireside chat' with legendary disability rights activist, Judy Heumann, about her book ‘Being Heumann: An Unrepentant Memoir of a Disability Rights Activist’. Chaired by Pro-Provost (Equity & Inclusion) Professor Sasha Roseneil, Judy will also be joined by Dr Sarabajaya Kumar, UCL lecturer, 2021 UCL's Sir Stephen Wall Inclusion Award winner (Inspiring Role Model) and a disabled equality activist in her own right. This will be followed by a Q&A session with the audience.

In addition to Judy’s world-renowned work as a disability rights leader, she is also the creator of the podcast The Heumann Perspective, a subject of the Oscar-nominated documentary Crip Camp and served under both the Obama and Clinton administrations.

The event will be made accessible, including BSL and ASL interpreters and live-captioning. Please be in touch in you have any questions about accessibility.

The Creating Equalities events’ series is hosted by UCL’s Pro-Provost (Equity & Inclusion). The series will offer the occasion for formidable guest speakers to nourish UCL’s community with new ideas and thoughts about how to embed equalities in their lives and in the university, through role-modelling, advocacy, and learning from differences.

Judy is a lifelong advocate for the rights of disabled people. She contracted polio in 1949 in Brooklyn, New York and began to use a wheelchair for her mobility. She was denied the right to attend school because she was considered a "fire hazard" at the age of five. Her parents played a strong role in fighting for her rights as a child, but Judy soon determined that she, working in collaboration with other disabled people, had to play an advocacy role due to continuous discrimination.

She is now an internationally recognized leader in the disability rights community. Her memoir, authored with Kristen Joiner, of Being Heumann “Being Heumann: An Unrepentant Memoir of a Disability Rights Activist,” published by Beacon Press and audio recorded by Ali Stroker, who is the first wheelchair actor to perform on Broadway. Judy was featured on the Trevor Noah show. Judy is featured in Crip Camp: A Disability Revolution is a 2020 American award-winning documentary film, directed by James LeBrecht and Nicole Newnham, produced by the Obama Higher Ground Production and is available on Netflix. She also produces a podcast called The Heumann Perspective, which features a variety of members from the disability community.

She has been featured in numerous documentaries including on the history of the disability rights movement, including Lives Worth Living and the Power of 504 and delivered a TED talk in the fall of 2016, “Our Fight for Disability Rights- and Why We’re Not Done Yet”. Her story was also told on Comedy Central’s Drunk History in early 2018, in which she was portrayed by Ali Stroker. As Senior Fellow at the Ford Foundation (2017-2019), she wrote “Road Map for Inclusion: Changing the Face of Disability in Media”. She also currently serves on a number of non-profit boards, including the American Association of People with Disabilities, the Disability Rights Education and Defense Fund, Humanity and Inclusion, as well as the Human Rights Watch board.

From 1993 to 2001, Judy served in the Clinton Administration as the Assistant Secretary for the Office of Special Education and Rehabilitative Services in the Department of Education.

Judy then served as the World Bank's first Adviser on Disability and Development from 2002 to 2006. In this position, she led the World Bank's disability work to expand its knowledge and capability to work with governments and civil society on including disability in the global conversation.

She has been instrumental in the development and implementation of legislation, such as Section 504, the Individuals with Education Act, the Americans with Disabilities Act, the Rehabilitation Act, and the UN Convention on the Rights of Persons with Disabilities which have been advancing the inclusion of disabled people in the US and around the world and fighting to end discrimination against all those with disabilities.

Judy graduated from Long Island University in Brooklyn, NY in 1969 and received her Master’s in Public Health from the University of California at Berkeley in 1975. She has received numerous awards, including being the first recipient of the Henry B. Betts Award in recognition of efforts to significantly improve the quality of life for people with disabilities and the Max Starkloff Lifetime Achievement Award from the National Council on Independent Living. She has been awarded numerous honorary doctorates. 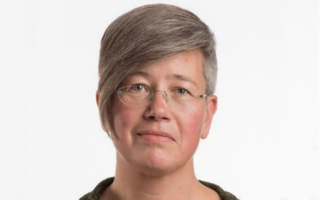 Sasha is Pro-Provost (Equity and Inclusion) and Dean of the Faculty of Social and Historical Sciences at UCL. She is Professor of Interdisciplinary Social Science in the Institute of Advanced Studies at UCL.

Sasha is a sociologist and a group analyst, with broad interdisciplinary research interests and collaborations. She has made major contributions to the study of social movements, citizenship and feminist politics, and intimacy, care and personal life Her most recent book explores the changing, and unchanging, terrain of personal life in Europe, The Tenacity of the Couple-Norm: intimate citizenship regimes in a changing Europe(link is external) (co-authored with Isabel Crowhurst, Tone Hellesund, Ana Cristina Santos and Mariya Stoilova), 2020: UCL Press, available open access.

Sarabajaya Kumar is a Lecturer (Teaching) in Voluntary & Non-Profit Sector Policy and Leadership.

Image description: Dr Kumar is smiling at the camera. The photograph is a close headshot. Dr Kumar is wearing a pink scarf with small flowers.

Her research interests are in Accountability, Governance, Ethical Leadership, Intersectionality and Equality. She currently is co-principal investigator for two research projects. Her research on ‘The everyday lived experiences of disabled university students in London and Osaka during the Covid-19 pandemic’ is a collaborative project with Professor Yamamoto at Osaka University and Associate Professor Rode at UCL’s Institute of Education. This work is funded by UCL’s Global Engagement Office. Her research on ‘Ableism and the labour market’, funded by the Association of Disabled Professionals, is being conducted with Associate Professor Colin Provost from the School of Public Policy. She is also a co-lead for the Patient Advisory Group and public and patient involvement in CICADA-ME, a study on Coronavirus intersectionalities of disabled and minoritised groups, led by Professor Carol Rivas.

Sarabajaya leads her own research and advice consultancy, is an Equalities Adviser to the Bar Standards Board, and Director of Impatience, an organisation set up to support and host innovative public benefit projects.

Sarabajaya contested the 2021 GLA election as a list candidate for the Women’s Equality Party. She was one of 11 women selected nationally, and the only disabled candidate, to be supported in her candidacy by the Activate Collective.

This event has taken place and a recording is now available: