Dean of Social and Historical Sciences

London is a hugely diverse, multicultural city that has grown and thrived through the energy, creativity and hard work of successive waves of immigrants from around the world. As London’s global university, and with openness to people of all backgrounds and beliefs a fundamental part of our history, UCL must, I believe, place the struggle for the full inclusion of black and minority ethnic students and staff at the heart of everything we do. Racism, anti-semitism, Islamophobia and all forms of discrimination on the grounds of ethnicity are antithetical to our values and purpose.

As Race Champion on UCL’s senior management team, I am committed to ensuring that we continually challenge ourselves to deepen and broaden our understanding of the profound, entrenched racialized patterns of discrimination and inequality that structure our university, as they do other universities and indeed the whole of British society. We need to listen to colleagues and students from minoritized groups, to hear and respond to their experiences, and to be prepared to take action to transform our institution. 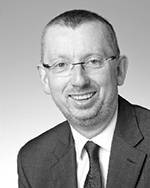 I joined UCL in January 2012 when I took up the newly-created role of Vice Provost in Education. At the time of joining UCL I was struck by the incredible importance attached to its founding values and mission. The values of openness and opportunity are just as important today as they were in 1826 and that applies particularly to LGBTQ+ colleagues. Much good work has already been achieved but it is clear that there are areas of the organisation where colleagues feel uneasy with being open about their identity and sexuality. I am honoured to have been asked to be the LGBTQ+ Champion and I will work tirelessly across the community so that we can all be comfortable and open about who we are.

I am a Liberal Democrat member of the House of Lords. As an undergraduate, I was taught mathematics by Robin Gandy, Alan Turing’s only doctoral student and his closest friend. I knew, from an early age, what had happened to Turing and to others convicted as he was simply for being gay. When I was appointed to the Lords, I tried to persuade the Government to grant a pardon to Turing and to all others, living and dead, similarly convicted. The Government resisted and eventually I brought forward a private member’s Bill to grant Turing a pardon. I made it clear that should the Bill succeed, then a more general pardon should be given. The Bill was enthusiastically supported by the Lords and, eventually by the Government with the grant of a Royal pardon. I followed this up by successfully amending another Bill to extend the pardon to all those, living and dead, convicted as Turing was. I learned an enormous amount about the gay community in the course of the pardon campaign. I became even more convinced of the continuing need to protect and advance the interests of the LGBTQ+ community.

I am very proud to be UCL’s LGBTQ+ champion.

Everyone at UCL should have an equal opportunity to participate and contribute, and we should be supporting everyone to achieve their ambitions. Accessibility is about removing any physical and environmental barriers – from building access to the digital environment, enabling workplace adjustments and networking opportunities to making sure the polices and support available are understood and embedded into life at UCL.

As an organisation we have always had a strong belief in the importance of inclusion, but we can always be better at delivering this and we will keep working hard to improve – we recognise we have many historic and listed buildings and also legacy IT systems which were not designed with accessibility in mind. We are working to tackle the challenges posed by these challenges and will embed accessibility as a fundamental principle into all aspects of our future planning and development.