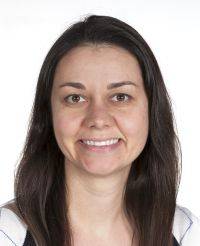 Maureen completed her PhD in Public Health and Policy at the London School of Hygiene and Tropical Medicine in London, United Kingdom (UK) in 2016, working within the Centre for Health and Social Change (ECOHOST) research group. Prior to commencing her PhD in 2011, she obtained an MA and BA(Hons) in Sociology, both obtained at the University of Saskatchewan, Canada. She joined University College London in the autumn of 2015, first in the Centre for Sexual Health and HIV Research, and then relocating to the Primary Care E-Health Unit within Primary Care & Population Health. Maureen possesses over a decade of research experience, broadly focused on the well-being of marginalized populations. Most prominently, her research has focused on the mental health of Georgian women internally displaced by the 2008 Russo-Georgian war. Though her primary research interests specifically lie in the area of mental health amongst refugees, Maureen has also contributed to numerous projects broadly examining access to health care amongst marginalised populations, including access to HIV testing amongst Black Africans in the UK. Methodologically, most of her research takes either a mixed-methods or qualitative approach.