The Lifecourse Podcast is a series of audio interviews about research that is addressing major policy issues around our health and well-being and our family and work circumstances. 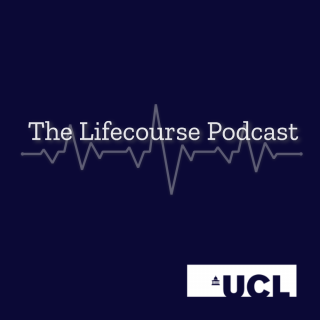 Researchers discuss the context of their work, what they have found, what those findings mean and how they can be used to improve people's lives.

If you like what you hear, why not subscribe on Apple Podcasts or search for us on your podcasting app. We have just launched Series 2!

Cath Mercer from University College London and Clare Tanton from the London School of Hygiene and Tropical Medicine discuss research looking at the intimate encounters of 14 year-olds in the Millennium Cohort Study and what it tells us about helping to set young people on a positive path to happy, healthy relationships.

Nina Rogers from the ESRC International Centre for Lifecourse Studies at UCL discusses her research published in the Journals of Gerontology looking at cultural engagement as a possible risk-reducing factor for frailty.

Why are young people drinking less alcohol than they used to?

It seems young people are drinking less alcohol than they used to. Research published in the BMC Public Health Journal shows that almost a third of 16 to 24-year-olds in 2015 said they didn't drink, compared with around one in five in 2005. In this episode of the Lifecourse Podcast, Dr Linda Ng Fat from the Department for Epidemiology and Public Health at University College London, explains more about the research.

Taking time out to scroll free

In this episode of The Lifecourse Podcast, CEO of the Royal Society for Public Health (RSPH) Shirley Cramer and Professor Yvonne Kelly from the ESRC International Centre for Lifecourse Studies at UCL discuss the negative effects of heavy social media use on young people's mental health and happiness. They also talk about the RSPH #ScrollFreeSeptember campaign and the All Party Parliamentary Inquiry into the issue.

Heavy drinking and smoking, poor diet and a lack of physical activity have been shown to go hand in hand in adults from more disadvantaged backgrounds. But research from ICLS PhD student, Claire Mawditt, hints that, contrary to previous evidence, being disadvantaged as a pre-adolescent child is not in itself a predictor of those sorts of negative health behaviours later in life. In this episode of the Lifecourse Podcast she talks to Chris Garrington about the research and its implications for policy.

Is a bus pass a route to good health?

The Government recently announced that, after a review of the older person's bus pass, it would continue for the foreseeable future. Some of the evidence that fed into that review was produced by researchers Libby Webb (formerly ICLS now Age UK researcher) and Anthony Laverty from Imperial College London. In this episode of The Lifecourse Podcast, they discuss how their findings fed into the policy process and review of evidence that helped secure the future of the bus pass.

We are all being told we need to save harder and longer for our retirement. The State Pension isn’t enough to live on and so we all need to make provision for the day when we will no longer be earning or have access to a salary or a wage. For most of us, this means saving into a pension scheme - maybe one that our employer organises or something we arrange privately. But who exactly has a pension and what sort of background do they come from?

Jewels in the crown: the Birth Cohort Studies

The British Birth Cohort Studies are often described as ‘the jewel in the crown’ of British science. They are used on a daily basis by life course researchers at ICLS to try to better understand how life gets under our skin and to help policy makers, practitioners and the public know when and how to act to help people live long, healthy and happy lives.

Getting out and about: what helps us stay active in older age?

Being able to get out and about as we get older is important for our health and wellbeing. But what needs to be put in place at what point in our lives to help us achieve that? In this episode of The Lifecourse Podcast, Tarani Chandola talks about ICLS research presented in a new booklet Never too Early, Never too Late, which shows some of the factors linked to an active and healthy life in older age.

In this episode of The Lifecourse Podcast, Morten Wahrendorf discuss the link between the quality of midlife work and the uptake of volunteering during retirement. His research uses data from the Survey of Health, Ageing and Retirement in Europe (SHARE) which is a multidisciplinary and cross-national panel database of micro data on health, socio-economic status and social and family networks of approximately 110,000 individuals from 20 European countries (+Israel) aged 50 or older.