More than half of drinkers aged 59 and over have been heavy drinkers and this is linked to a significantly larger waistline and increased stroke risk, according to a new UCL study. 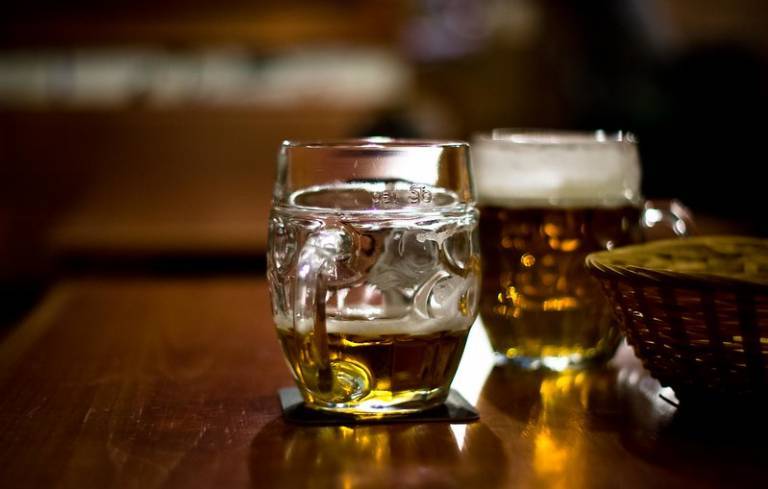 The researchers used data from the Whitehall II cohort, which collected information from UK civil servants, aged 34–56 years at study outset, since 1985–88. The final sample for this study was made up of 4,820 older adults, aged between 59 and 83 years. The mean (average) age was 69, and 75% were male.

Dr Linda Ng Fat (UCL Institute of Epidemiology & Health Care), first author on the study, said: “Alcohol misuse, despite the common perception of young people binge drinking, is common among older adults, with alcohol related hospital admissions in England being the highest among adults aged over 50.

“Previous studies have focused on single snapshots of consumption, which has the potential to mask the cumulative effects of drinking. This study raises awareness of the effect of alcohol consumption over the life-course.”

Current and consistent heavy drinkers were mainly male (80% and 82%, respectively), predominately white, and likely to be in senior level jobs (61% compared with 52% in the total sample).

Dr Ng Fat added: “This suggests that the longer adults engage in heavy drinking the larger their waistline in older age. That is why it is beneficial, along with other health benefits, that adults reduce heavy drinking earlier rather than later.”