Dr Daisy Fancourt, Wellcome Research Fellow in the Department of Behavioural Science and Health and a BBC New Generation Thinker, has presented a new short film for BBC Ideas on the national roll-out by NHS England of Social Prescribing (whereby patients are being referred to the arts and other community programmes by their GPs). 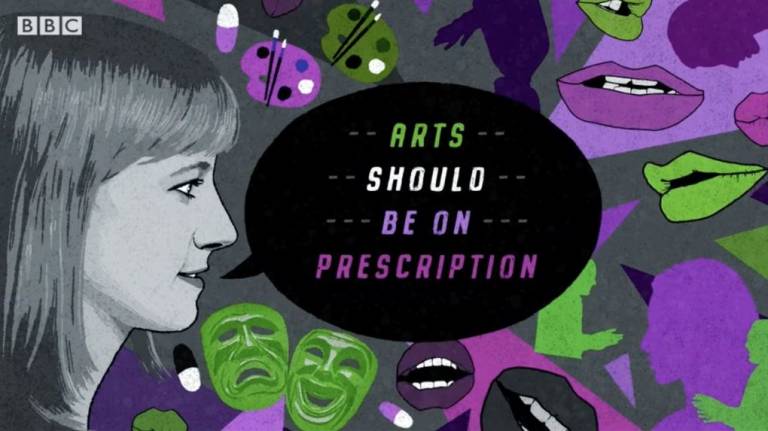 Since its release at the end of April, the film has had over half a million views through Facebook and the BBC website.