Too much sugar could increase depression in men

A new IEHC study has found a strong association between consuming higher levels of sugar and depression in men - a link not mirrored in women. 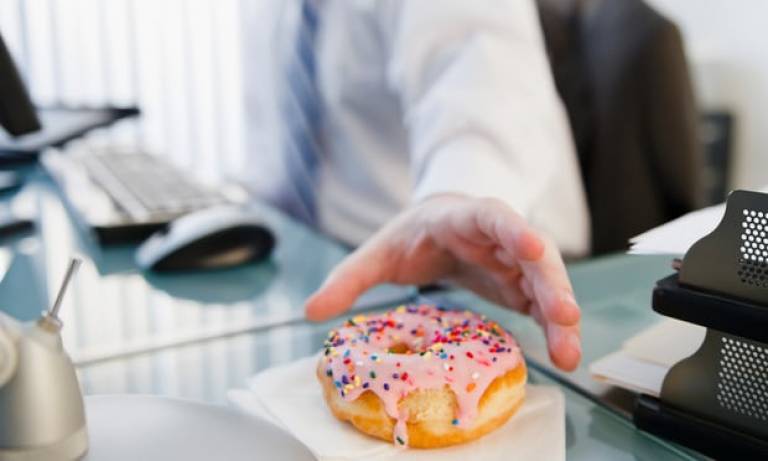 Researchers from the Institute of Epidemiology and Health Care at University College London (UCL) looked at sugar in the diet and common mental health problems in a very large cohort of 5,000 men and 2,000 women recruited for the Whitehall II study in the 1980s.

They found a strong association between consuming higher levels of sugar and depression in men. Men with the highest intake - more than 67g a day - had a 23% increased chance of suffering a common mental disorder after five years than those who consumed the lowest levels of sugar - less than 39.5g. The researchers investigated whether men might be eating more sugary foods because they were depressed, but found that was not the case.

Lead author Anika Knüppel, of the UCL Institute of Epidemiology and Health, said: "High sugar diets have a number of influences on our health but our study shows that there might also be a link between sugar and mood disorders, particularly among men. There are numerous factors that influence chances for mood disorders, but having a diet high in sugary foods and drinks might be the straw that breaks the camel's back.

"The study found no link between sugar intake and new mood disorders in women and it is unclear why. More research is needed to test the sugar-depression effect in large population samples.

"There is increasing evidence for the physical damage sugar has on our health. Our work suggests an additional mental health effect. This further supports the evidence for policy action such as the new sugar levy in the UK, but this is not addressed in many other European countries."

The paper, published in the journal Scientific Reports, is not the first to suggest the link. Knüppel said there had been at least three previous pieces of research that supported their findings.

People's sugar intake and their mental health were measured through questionnaires. One of the problems with dietary studies is that people tend not to tell the whole truth about what they eat. But, she said, "it is quite unlikely that people over-report what they eat." So if anything, they would be seeing less of an effect that there really is.

The results in men were very strong, but were not as strong in women. One of the reasons could be that women are under-represented in the study, which recruited civil servants in the 1980s. But national dietary surveys also suggest that men consume more sugar than women do, in spite of the popular assumptions about "Bridget Jones sitting there with her ice-cream bucket", as Knüppel puts it.

Rob Howard, Professor of Old Age Psychiatry at UCL, said: "This study is important because it is the first to be able to show that an increase in risk of about a quarter in common mental disorders - mostly mild anxiety and depression - in men who eat the most sugar cannot be explained by those who were already anxious or depressed using sugar as a form of comfort." However, the association was complicated and further studies would be needed, he added.

Tom Sanders, Professor Emeritus of Nutrition and Dietetics at King's College London, had reservations, pointing out a large number of factors that could influence the result, including low socioeconomic status, smoking habits and obesity. The authors had tried to take these into account but, he said, "there still is a risk of residual confounding [factors]".

"From a scientific standpoint it is difficult to see how sugar in food would differ from other sources of carbohydrate on mental health, as both are broken down to simple sugars in the gut before absorption and the glycemic index of sugar is less than refined starchy foods such as white bread and rice," he said.

Professor Eric Brunner, also from the UCL Institute and senior author of the paper, said: "Our findings provide yet further evidence that sugary foods and drinks are best avoided. The new sugar tax on soft drinks, which will take effect in April 2018, is a step in the right direction. The physical and mental health of British people deserves some protection from the commercial forces which exploit the human 'sweet tooth'."