An online webinar was held in May 2020 to mark the end of the EPSRC-funded STORMLAMP research project. 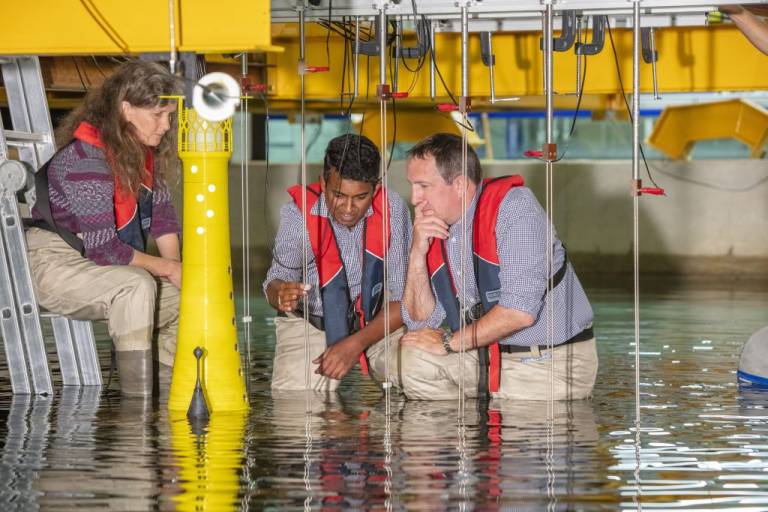 The event involved presentations on lighthouse research and relevant areas from academics, heritage professionals and industry stakeholders. There were also discussions on future directions for related research. The presentations can be viewed on the UCL EPICentre youtube channel.

The STORMLAMP project is a comprehensive EPSRC-funded project focusing on the structural response of rock mounted lighthouses to wave loading. The 4 year project commenced in May 2016 and is a unique collaboration between University of Plymouth, University of Exeter and University College London. It has worked closely with the UK and Irish General Lighthouse Authorities (Trinity House, Irish Lights and the Northern Lighthouse Board) and other industry partners (AECOM, HR Wallingford, Atkins and the Environment Agency).

The project entailed: fieldwork to characterise structural behaviour of the lighthouses and associated long-term monitoring of their response to being impacted by waves; experimental testing to characterise the wave impacts in the Plymouth COAST Laboratory Ocean Basin alongside CFD modelling; and detailed structural assessment of historic lighthouses modelled following an in-depth study of original nineteenth century drawings.

Further information can be found on the project website: https://stormlamp.org.uk/ 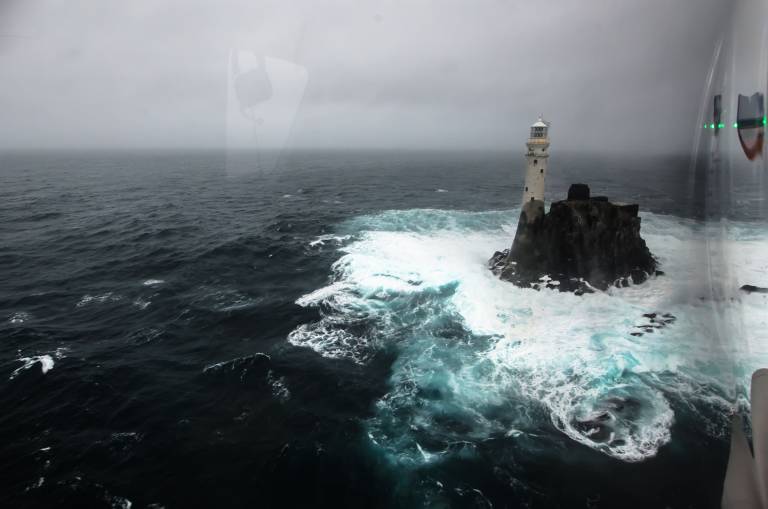 The programme included a range of engaging speakers and is detailed below:

An introduction to the STORMLAMP project was given by Professor Alison Raby, STORMLAMP Project PI, based at the University of Plymouth.

Tom Nancollas (Building conservationist and author of Seashaken Houses: A Lighthouse History from Eddystone to Fastnet), spoke on his experiences of research, writing and publishing his book Seashaken Houses.

Rob Dorey joined us from Trinity House, a charity dedicated to safeguarding shipping and seafarers, providing education, support and welfare to the seafaring community. He spoke on why STORMLAMP’s research is important to the UK and Irish General Lighthouse Authorities.

Professor Dina D’Ayala from EPICentre leads University College London’s side of the STORMLAMP project. She presented ‘Crests and Throughs: the survival of Victorian lighthouses to extreme wave impact’. The talk provided an overview of the evolution of lighthouse design from earlier examples in the 17th and 18th century to the iconic and enduring solution reached in the 19th century, which has become the standard of construction for rock mounted lighthouses affected by extreme wave loading.

William Allsop presented on ‘Predicting safety of (old) vertical walls – the development of understanding and prediction methods’. William is an industry specialist and founder of William Allsop Consulting, formerly Technical Director for Maritime Structures at HR Wallingford  and currently a PhD candidate at University of Edinburgh writing a thesis on old British breakwaters.

Professor Paul Tayor of Oceans Graduate School, University of Western Australia presented ‘Towers without rocks - wave loads on offshore wind turbines’. His talk discussed waves hitting offshore wind turbine columns, where the main load is distributed up the height of the immersed structure, and breaking waves where an extra ‘slam’ occurs high up.

Michel Cousquer joined us from Cerema, the technical partner for the French Aids to Navigation authorities. He is currently the Maritime Safety Project Manager and has also been the vice-chairman of the IALA ENG committee (Aids to Navigation Engineering and Sustainability) since 2018. Michel Cousquer presented his talk, ‘Scientific community to rescue La Jument and l'Ile Vierge lighhouses’.

Key areas for the discussion were:

The project hopes to have further discussions about the future of this research.