Set up by two UCL entrepreneurs, afro haircare brand Afrocenchix has been backed by Google in a $1.2 million seed funding round. 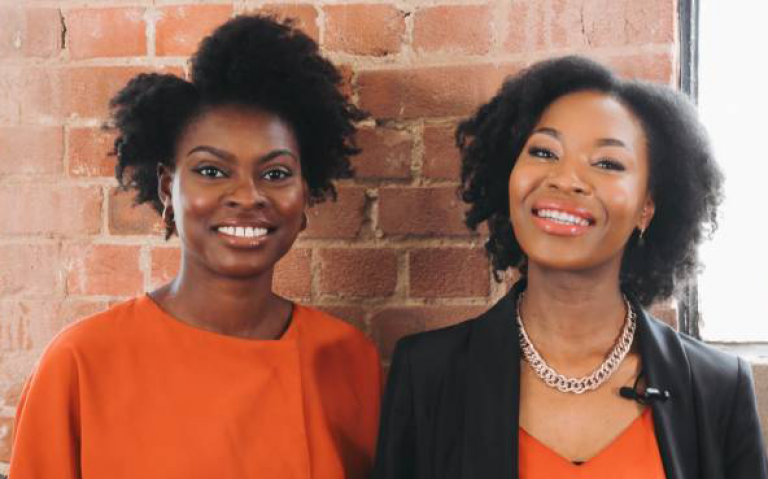 The business, launched by alumna Rachael Twumasi-Corson (UCL MSc Medical Anthropology 2015) and former UCL staff member Joycelyn Mate, has also been named one of the ‘hottest Black-led startups in Europe’.

Afrocenchix makes afro haircare products that are natural, free from toxins, Fairtrade and vegan. The idea for the business came about after Rachael and Joycelyn, who originally met as undergraduates, bonded over the lack of suitable haircare products for afro hair.

They entered the UCL Bright Ideas competition in 2015 (now Build your own business 3: Launch your business), and won. They then joined BaseKX, UCL’s entrepreneurship hub, managed by UCL Innovation & Enterprise, to access support to grow their business.

Afrocenchix has gone on to win several awards including the ‘Best Natural Hair Brand’ in both the Precious Hair and Beauty Awards, and BBFA Awards. The company also became the first to have their afro hair products stocked in Whole Foods UK.

After a successful pre seed round in 2019, the founders have now been backed by Google in this $1.2 million seed round. Having sold over 65,000 products to date, Afrocenchix will be using the funds to release three new products and expand their team.

Professor David Price, UCL Vice-Provost (Research, Innovation & Global Engagement) said: “Congratulations to Afrocenchix on this well-deserved and significant achievement. Rachael and Joycelyn are a testament to the enterprising community at UCL, and are filling a real gap in the market which is reflected in the demand for their products. It’s rewarding to see UCL’s support for early-stage startups help Afrocenchix to flourish.”

UCL has a thriving entrepreneurship community. Since 2010, the university has helped create over 200 UCL graduate startups who have created more than 4,000 jobs and collectively raised over £149 million.

Read the full story on the UCL news website.