Kalgera’s personal finance platform for older and vulnerable people has been awarded £100,000 as part of the Open Up 2020 Challenge run by Nesta Challenges in partnership with Open Banking Limited. 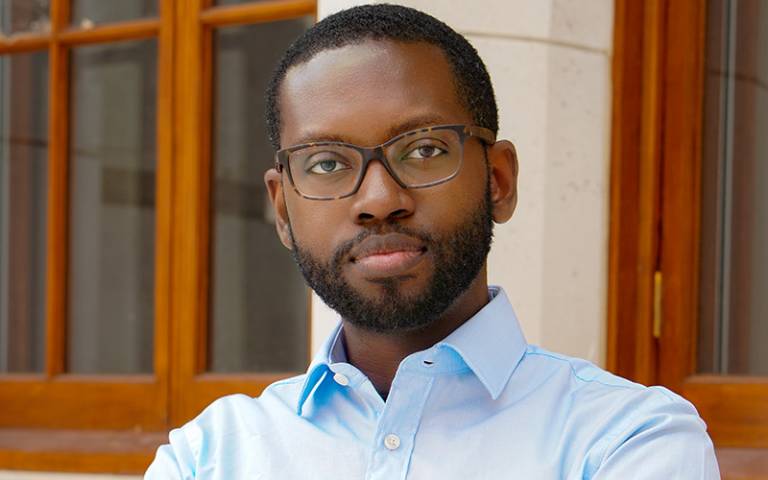 UCL’s Dr Dexter Penn (Dementia Research Centre) came up with the idea for Kalgera through his clinical work in elderly care after seeing patients fall victim to scams. Each year, around five million older people in the UK fall victim to fraud, collectively losing an estimated £1.2 billion.

Dexter’s solution was an online personal finance platform, which applies neuroscience research and machine learning to securely alert users and their trusted family and caregivers to signs of financial vulnerability to help prevent fraud.

He obtained financial support, mentorship and guidance from UCL Innovation & Enterprise. This enabled him to complete market research and find suitable co-founders to develop Kalgera.

Kalgera is based at the Hatchery, a dedicated space within BaseKX, UCL’s startup hub in King’s Cross. It plays host to a community of the university’s most promising entrepreneurs, providing free, tailored support to fast-track startups to success.

Kalgera has already captured the imagination of the fintech world. It won the UCL George Farha New Venture Award and was named by Tech Nation as one of three ‘Top New Financial Inclusion Startups’. But the latest accolade is perhaps the most prestigious and transformative, and could be a ‘game-changer’ according to Dexter.

The Open Up 2020 Challenge aims to address some of the longstanding financial issues faced by the UK population. Fifteen solutions have each been awarded £50,000 of the £1.5 million prize pot. Three of them, including Kalgera, also received an additional £50,000 based on their solution’s emphasis on financial inclusion, such as addressing financial wellbeing for the elderly and vulnerable.

Dexter said: “My team and I are over the moon at this momentous opportunity to change the lives of millions of people. Being recognised in such a tangible way makes such a huge difference and we hope to gain as much from the experience and support to truly accelerate Kalgera's growth."

Following the announcement of the award, Dexter was interviewed for a special feature on inclusive fintech in Forbes, alongside Toucan, another Open Up 2020 Challenge finalist.

“The way we spend, save and borrow money has changed so much in the last decade; inevitably there will be people who are left behind, or who start to feel overwhelmed.

“Implementing new technology and new approaches to serve the needs of the underbanked will help those individuals save and generate wealth in their communities. This wealth diffuses into the wider real economy and has the added benefit of social impact which Kalgera is deeply committed to achieving.”

You can hear more from Dexter at our networking event First Mondays on 2 December. This regular networking evening for entrepreneurs is free and open to all. Find out more and book your place.