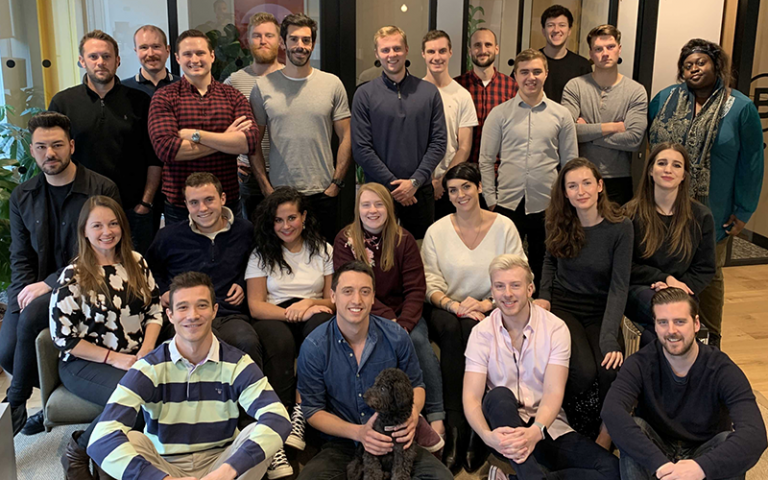 After gaining funding, advice and inspiration from experts at UCL Innovation & Enterprise, he launched a fundraising website during his second year at university. The aim was to help people find charities they'd like to donate to.

Through this venture, he learned there were a number of limitations for charities when using third-party websites, such as JustGiving, to fundraise and collect donations. In particular, charities don’t own the data on their donors, so they aren’t able to establish meaningful and long-term relationships with those who give to charity.

As soon as he graduated, Chester focused on building the technology for charities to fundraise through their own websites and under their own brands.

Meeting his business partner through UCL Innovation & Enterprise, and his first investors through the UCL Alumni Network, Chester had the foundations in place to revolutionise the online fundraising sector.

Enthuse (previously called CharityCheckout) is a 'technology for good' business that's challenging the status quo in online fundraising. Since the early 2000s, when charity donations moved from paper format to the first third-party fundraising websites, nothing much evolved within the sector.

Chester commissioned some research on the nature of donor relationships with charities when they donate via third-party websites. Incredibly, the research revealed that 46% of people didn’t remember which charity they gave to when they last sponsored a friend online. In effect, donors have a relationship with the platform they donate through, and the friend they are sponsoring, while the charity itself becomes overshadowed.

Enthuse is the next and much-needed evolution in the online fundraising market. It marks a move away from third-party platforms and puts the control back in the hands of charities. As a result, charities own relationships and data with donors, while all transactions occur solely under their brand. Ultimately, Enthuse has proved that this approach raises more money for charities than third-party websites do.

Creating the future of online giving

Since the business launched in 2012 (with the name CharityCheckout) the platform has raised more than £70 million for charities, with millions of pounds raised every month.

Chester’s team has expanded to more than 40 people and the company is broadening its customer base. It provides technology at the enterprise end of the market to the UK’s biggest charities, as well as supplying fundraising technology to corporations.

The company also made its first acquisition last year, when it bought Primo Events to integrate event registration into its fundraising and donations platform.

The company's long term goal is to become the number one for online charity fundraising in the UK, Ireland and beyond.

"We want to revolutionise the way charities fundraise online, that’s ultimately the goal and what we’re all striving for. I turned up at UCL showing an interest in entrepreneurship and business, and found people who were passionate and encouraging. That was the perfect storm for me to be able to develop my ideas and get somewhere with them,” said Chester