I was born in the Netherlands and educated at the University of Utrecht, and at UCL, where I obtained an MA and PhD in English Linguistics.

At UCL I teach English Linguistics to undergraduate and postgraduate students.

Since January 1997 I have been the Director of the Survey of English Usage (SEU). The SEU (http://www.ucl.ac.uk/english-usage) is an internationally recognised and highly regarded centre of excellence for research in the area of English Language and Linguistics. Founded by the late Lord Quirk in 1959, it is housed in the English Department at UCL. The SEU has been engaged in the study of the English language for almost 60 years. Quirk and Greenbaum are two of the authors of the Grammar of Contemporary English (Longman, 1972, with Geoffrey Leech and Jan Svartvik), and the Comprehensive Grammar of the English Language (Longman, 1985, with Geoffrey Leech and Jan Svartvik). These books have long been regarded as the standard reference grammars of Modern English. The Survey is also known for its pioneering work in the area of corpus linguistics. As a full list on the web of publications based on SEU material testifies, countless books, articles and postgraduate theses world-wide have been based on our three English language corpora, which constitute large collections of spoken and written language. These corpora are the Survey of English Usage Corpus, compiled by Quirk, the British component of the International Corpus of English (ICE-GB), compiled by Greenbaum, and the Diachronic Corpus of Present-Day Spoken English (DCPSE), compiled by Aarts and Wallis. The ICE-GB corpus is a state-of-the art resource for English language studies. It can be searched using the innovative ICECUP software developed by Sean Wallis at the SEU. The corpus and its associated software is being used in many universities world-wide. A book on the ICE project, which I co-authored with Gerald Nelson and Sean Wallis, entitled Exploring natural language: working with the British component of the International Corpus of English, was published in July 2002. The SEU has attracted a large amount of research funding from a variety of sources (the AHRB, AHRC, the British Academy, the ESRC, the EPSRC, UCL Business, and the Leverhulme Trust, among others).

From 2008-2014 I was Vice-President for the Profession of the International Society for the Linguistics of English (ISLE).

Together with Professor David Denison and the late Professor Richard Hogg at the University of Manchester I am Founding Editor of the scholarly journal English Language and Linguistics, which appears three times per year, and is published by Cambridge University Press. The journal is listed on the European Reference Index for the Humanities and Social Sciences (ERIH Plus). Until July 2012 I was responsible for submissions on syntax and morphology (volumes 1– 16, 1997-2012). I was also the journal’s Reviews Editor until 2014. Currently I am on the Editorial Board. The present editors are Laurel Brinton at the University of British Columbia, Patrick Honeybone at Edinburgh University, and Bernd Kortmann at Freiburg University.

I am on the Editorial Board of the Cambridge University Press monograph series Studies in English Language.

My research interest within English language studies is in the field of syntax, more specifically verbal syntax. Both my PhD dissertation, which was published in 1992 (Small clauses in English: the nonverbal types, Mouton de Gruyter), and two books I edited focus on this area: The verb in contemporary English: theory and description (Cambridge University Press, 1995, edited with Charles F. Meyer) and The verb phrase in English: investigating recent language change with corpora (Cambridge University Press, 2013, edited with Joanne Close, Geoffrey Leech and Sean Wallis).

A book on the syntactic exploration of the ICE-GB corpus, which I co-authored with Gerald Nelson and Sean Wallis, entitled Exploring natural language: working with the British component of the International Corpus of English, was published in 2002 by John Benjamins.

The handbook of English linguistics, which I edited with April McMahon, was published by Blackwell in 2006. This book is a collection of articles written by leading specialists on all core areas of English linguistics and provides a state-of-the-art account of research in the field. A paperback was published in 2008. A second edition (with Lars Hinrichs and April McMahon) will be published in 2021.

My past research has been on the phenomenon of gradience in grammar. With David Denison, Evelien Keizer and Gergana Popova I edited a book on this topic, namely Fuzzy grammar: a reader, published by Oxford University Press in 2004, and my monograph Syntactic gradience: the nature of grammatical indeterminacy was published by Oxford University Press in 2007. The latter is the first exhaustive investigation of gradience in syntax, conceived of as grammatical indeterminacy. It looks at gradience in English word classes, phrases, clauses and constructions, and examines how it may be defined and differentiated. I address the tension between linguistic concepts and the continuous phenomena they describe by testing and categorising grammatical vagueness and indeterminacy, and I consider to what extent gradience is a grammatical phenomenon or a by-product of imperfect linguistic description. I make a series of linked proposals for its theoretical formalisation. This book draws on, and reviews, work in psychology, philosophy and language from Aristotle to Chomsky, and deals with a fascinating and important aspect of language and cognition.

How to teach grammar. 2019. (With Ian Cushing and Richard Hudson.) Oxford University Press. 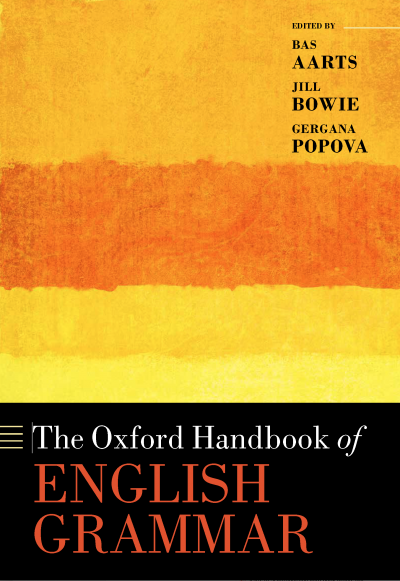 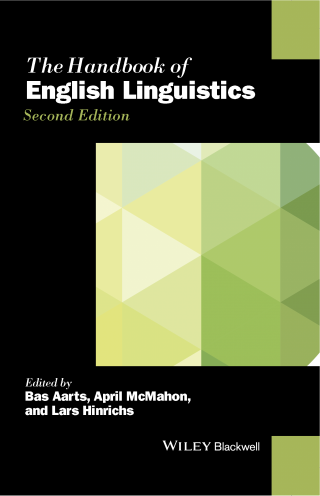