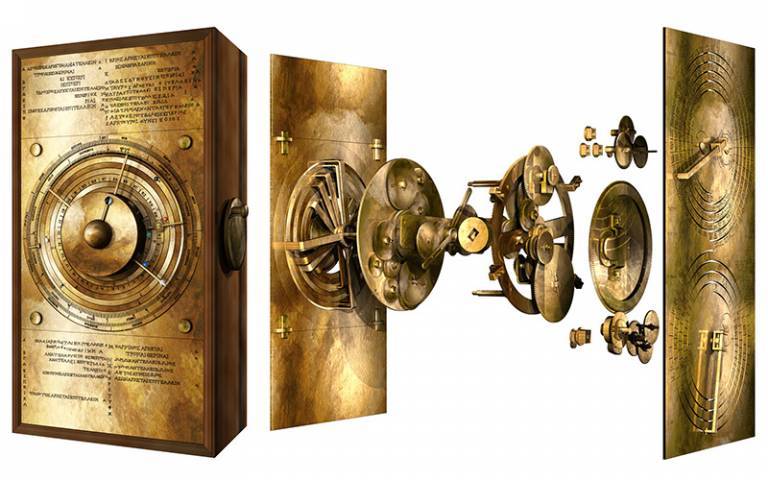 Known to many as the world’s first analogue computer, the Antikythera Mechanism is the most complex piece of engineering to have survived from the ancient world. The 2,000-year-old device was used to predict the positions of the Sun, Moon and the planets as well as lunar and solar eclipses.

Published in Scientific Reports, the paper from the multidisciplinary UCL Antikythera Research Team reveals a new display of the ancient Greek order of the Universe (Cosmos), within a complex gearing system at the front of the Mechanism.

Ours is the first model that conforms to all the physical evidence and matches the descriptions in the scientific inscriptions engraved on the Mechanism itself. The Sun, Moon and planets are displayed in an impressive tour de force of ancient Greek brilliance.”

With thanks to Kate Corry.