The Department of Electronic and Electrical Engineering (EEE) is celebrating the election of Professor Hugh Griffiths as a Fellow of the Royal Society. 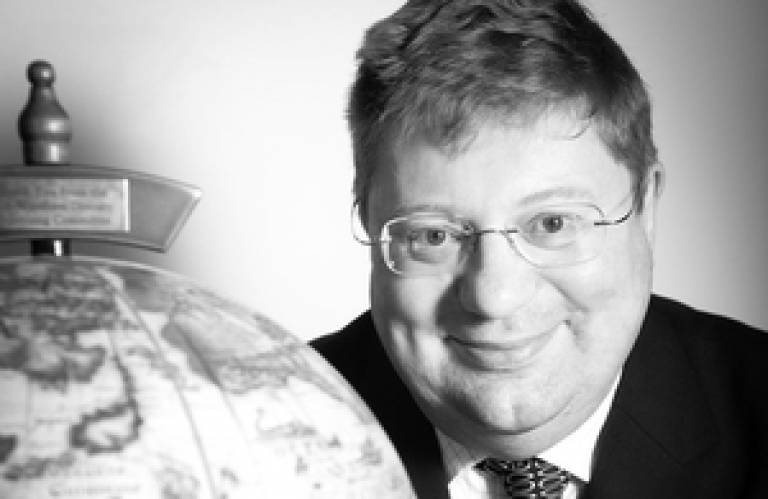 Professor Hugh Griffiths has joined a distinguished group of scientists from across the globe to be elected as a Fellow of the Royal Society (FRS).

He was selected for his outstanding achievements and contributions to the field of science.

“I am thrilled at this honour, which recognises the impact and importance of our work at University College London (UCL), and I am hugely grateful to all of the engineers and scientists who I have worked with and learned from over the years.

“This is the first year of my presidency at the Royal Society and I’ve been very much looking forward to welcoming the newly elected Fellows and Foreign Members. The global pandemic has demonstrated the continuing importance of scientific thinking and collaboration across borders. Each Fellow and Foreign Member bring their area of scientific expertise to the Royal Society and when combined, this expertise supports the use of science for the benefit of humanity.  Our new Fellows and Foreign Members are all at the forefronts of their fields from molecular genetics and cancer research to tropical open ecosystems and radar technology. It is an absolute pleasure and honour to have them join us.

Hugh Griffiths holds the THALES/Royal Academy Chair of RF Sensors in the Department of Electronic and Electrical Engineering at University College London, England. From 2006–2008 he was Principal of the Defence Academy of Management and Technology. He received the MA degree in Physics from Oxford University in 1975, then spent three years working in industry, before joining University College London, where he received the PhD degree in 1986 and the DSc(Eng) degree in 2000, serving as Head of Department from 2001 – 2006.

In 1996 he received the IEEE AESS Fred Nathanson Award (Radar Systems Panel Award), and in 2012 he was awarded the IET A.F. Harvey Prize for his work on bistatic radar. He has also received the Lord Brabazon Premium of the IERE and the Mountbatten and Maxwell Premium Awards of the IEE, as well as the NATO SET Panel Excellence Award in 2011. He is a Fellow of the IET (previously IEE), Fellow of the IEEE, and in 1997 he was elected to Fellowship of the Royal Academy of Engineering.

He serves as President of the IEEE Aerospace and Electronic Systems Society for 2012/2013, and he is an IEEE AES Distinguished Lecturer. He has been a member of the IEEE AES Radar Systems Panel since 1989, serving as Chair from 2007 – 2009, and chaired the Working Group which revised the IEEE Radar Definitions Standard P686 and reaffirmed the Radar Letter Band Standard.