The Isaac Newton Medal & Prize is for world-leading contributions to physics by an individual of any nationality. Professor Sir Michael Pepper's work led to the creation of the new, important field of semiconductor nanoelectronics & discovery of new, unsuspected quantum phenomena 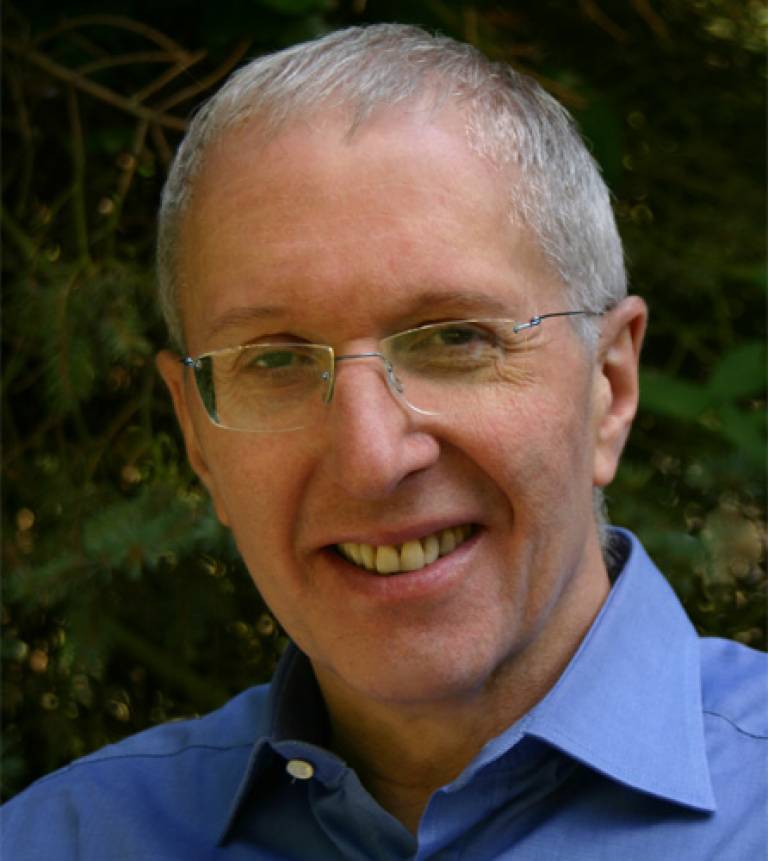 Sir Michael is Pender Chair of Nanoelectronics at UCL Electronic and Electrical Engineering, a field that the work of him and his group created. He has pioneered the study of low dimensional electron gas systems and the associated quantum effects, and his career has encompassed both academic and industrial sectors.

Semiconductor nanoelectronics started with the work of Pepper and his group, showing that electrostatic manipulation of electrons by patterned gates converted a two-dimensional electron system into one dimension, first in Silicon then GaAs, followed by the first lateral, zero-dimensional quantum dot showing what was subsequently explained as Coulomb Blockade.

The 1D quantized conductance was found by Pepper's group and another group using his patterned gate technique. A spontaneous spin polarization, the 0.7 structure, was discovered stimulating an enormous literature. Other design innovations to investigate basic physics include remote detection of single electrons, widely used for information read out in quantum computation, gigahertz pumping of single electrons, now being exploited by standards laboratories for high accuracy measurements of electron charge.

Interactions and spin-orbit coupling were used to control spin texture, and  further investigations found the spin incoherent state in which the spin is indeterminate.  A remarkable new effect which he and his group discovered and published last year, generating great interest, is the discovery of non-magnetic fractionally quantized conductance which has been sought since shortly after the discovery of the Fractional Quantum Hall effect, in 1982. The electron-electron interaction splits a weakly confined line of electrons into two, the start of the long-sought Wigner Lattice, and then a further reorganisation of electron configuration gives the new fractional quantization.

Sir Michael has developed applications of semiconductor nanostructures by starting the Quantum Communications programme at Toshiba, Cambridge, where he was the founding Managing Director, leading to controlled single and entangled photon devices and applications. He also co-founded TeraView which is commercialising terahertz using semiconductor emitters/detectors. Here his team discovered terahertz detection of cancer and developed industrial applications of the technology.

This remarkable UCL academic is continuing to define the frontier of physics, as he has in the past, finding effects of importance for basic physics and emerging technologies. He continues to lead major EPSRC Programme Grants in this exciting area of research, working closely with UCL colleagues in the London Centre for Nanotechnology (LCN), the University of Cambridge and the University of Leeds.