Welcome from the Head of Department - Orazio Attanasio 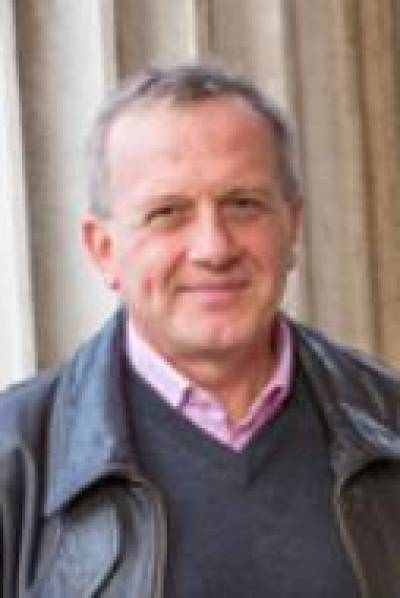 I am pleased to write the first introduction to the new series of UCL Economics Departmental Newsletters since being appointed Head of Department in September 2014. The aim of this annual newsletter is to give readers information on the many activities that take place here.

For me, it is a great honour to serve as the Head of Department at UCL Economics, which holds an unrivaled position, globally. It is an extremely lively institution which brings some of the world’s leading academics together with outstanding students striving to become future leaders in business, public administration and academia. We aim for excellence in both research and teaching and strongly believe that the two should be tightly linked and integrated.

Economics as a discipline is currently at a defining moment. After the financial crisis of 2008, it has often been criticised as being irrelevant and too abstract. The type of research that goes on in our department and the impact that it has on policy disproves these criticisms. On the contrary, I believe that at the moment Economics is a very vibrant discipline that has made important strides in redefining its role. Of course, it is our duty and responsibility to reach out to policy makers as well as the public in order to explain the research we conduct and its relevance. During the past year, departmental research including the analysis of immigration, the design of tax policy and the design of policies in developing countries have all featured in the media.

An important aspect of new approaches to Economics is interdisciplinarity. In modelling individual behaviour we have much to learn from other disciplines, ranging from Psychology to Epidemiology and Public Health to Education and so on. Many faculty members within the department are engaged in multi-disciplinary research projects.

The high calibre of our research was officially recognised in last year’s Research Excellence Framework (REF), which ranked UCL Economics as the top department in any field in the country in terms of research production and impact.

On the teaching front this year, UCL has seen the launch of a new course for our first year undergraduates, ECON1001, which is truly innovative and is part of a large international initiative to change the way Economics is taught.

Our faculty and students have also had many recent successes to celebrate. Students from the department have, over the last two years, won the Faculty Medal for the top academic performance in the Faculty of Social and Historical Sciences. The award of this medal is a major accomplishment given the sharp competition from other departments and we are very proud to have such outstanding students. Sir Richard Blundell, as reported below, was awarded the prestigious BBVA prize.

This year, as in previous years, we were active on the junior job market and we have just hired two excellent assistant professors.

A large number of faculty members have secured research funding including, several grants from the European Research Council (ERC) and Economic and Social Research Council (ESRC), funding for two major research centres; Centre for Microdata Methods and Practice (CeMMAP) directed by Andrew Chesher and Centre for Macroeconomics (CFM) a research group run jointly with LSE, Cambridge University, Bank of England and the NIESR, directed at UCL by Morten O. Ravn.

I very much hope you will find this newsletter both a useful and enjoyable read.