Congratulations to all our Microbial Diseases research postgrads who have passed their VIVAs this year. 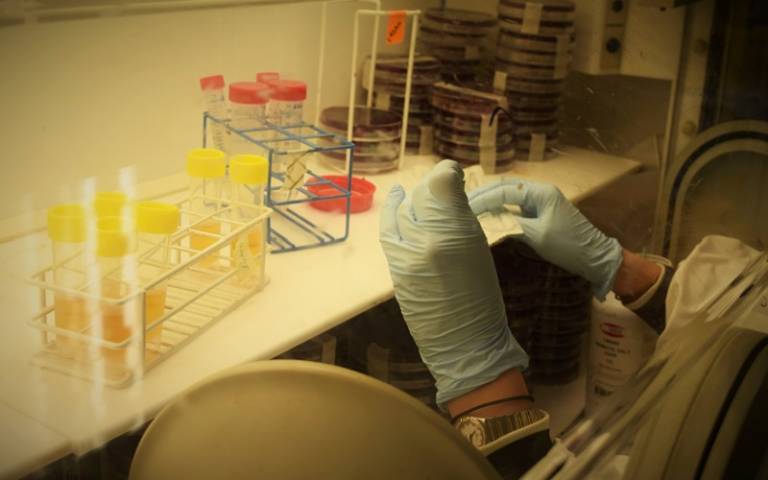 Congratulations to all our research postgrads who have passed their VIVAs this year, despite the unusual circumstances. Within our Microbial Diseases Department this included:

Congratulations to all our research postgrads who have passed their VIVAs this year, despite the unusual circumstances. Within our Microbial Diseases Department this included:

Ladan Khodadoost, who was awarded her PhD for her project entitled: Effect of the environment on gene transfer in Clostridium difficile.

“She investigated a process called horizontal gene transfer in which bacteria can transfer genes between themselves.

“This is very important in allowing bacteria to rapidly adapt to new environments. In the case of pathogens like C. difficile it can allow them to acquire resistance to antibiotics and new virulence factors.

“Ladan found that C. difficile could acquire foreign DNA by a novel mechanism that does not require any of the previously described transfer mechanisms.

“This has potentially profound importance allowing C. difficile access to a vast repertoire of genetic information. This information will be useful in planning ways of treating diseases caused by this organism.

“I warmly congratulate Ladan on her achievement.”

Primary supervisor, Dr Sean Nair, said: “Supanan came to UCL Eastman with a desire to find therapies for dental caries which is one of the most common oral diseases and can have life- long effects.

“The bacterium Streptococcus mutans causes caries by forming a biofilm on teeth and secreting acids that cause carious lesions.

“Supanan’s approach to this problem was to focus on identifying compounds that are produced by environmental bacteria which could prevent biofilm formation by S. mutans.

“During her PhD Supanan discovered two novel compounds, from environmental bacteria, one which was able to prevent biofilm formation and the other which was able to cause the detachment of preformed biofilms. Thus these compounds have the potential to be used as agents for the prevention of dental caries.”

Deena Al Harbi, who’s research project was entitled: Investigation of the environmental effect on the Regulation and Transfer of Conjugative Transposon Tn916.

Primary Supervisor, Professor Peter Mullany, said: “Deena’s PhD was aimed at investigating the factors that modulate the transfer of the conjugative transposon Tn916.

“This genetic element is highly promiscuous, and it and its close relatives are responsible for the spread of antibiotic resistance to a range of diverse bacteria.

“Deena’s work showed that Tn916 transfer was enhanced in the absence of oxygen. In addition, showed that the presence of the recipient increases the excision of Tn916 in oxygen-deficient conditions.

“I heartily congratulate Deena on her efforts in producing data that will help stop the spread of antibiotic resistance.

"I wish her all the success for her future work, currently back in her home country of Saudi Arabia.” 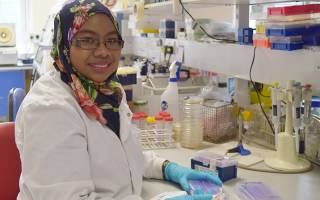 "Research at UCL Eastman is very motivating and exciting. I have very supportive supervisors and helpful colleagues which help me a lot throughout my study. What I like most about research at Eastman, it is very flexible."
Nur Asyura Binti Nor Amdan, Researching biofilms and molecular microbiology