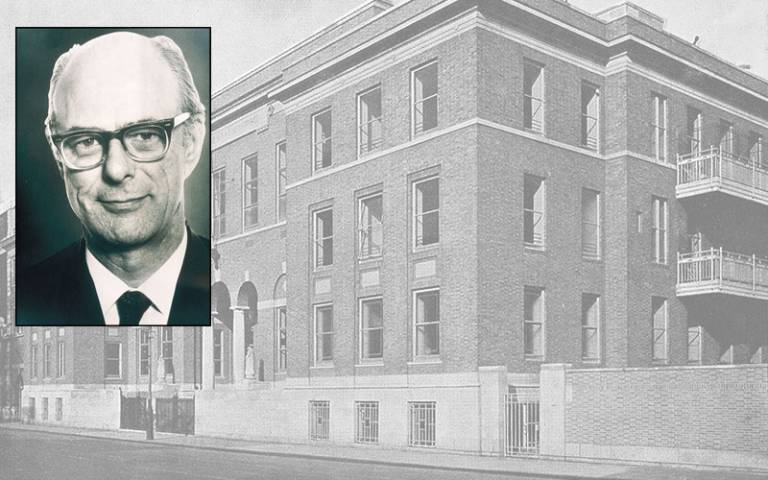 It was with great sadness that we learned of the death of Professor Ivor Kramer this week at the age of 93.

Professor Kramer was Dean of the Eastman Institute of Dental Surgery between 1970 and 1983. He also held the position of Professor of Oral Pathology, having been appointed to this post in 1949 and indeed had established the Department of Oral and Dental Pathology of the Eastman. Through Professor’s Kramer’s leadership this Department flourished such that it became renowned for the diagnosis of complex oral pathologies, the training of specialists from around the globe in oral pathology as well as a major centre for research.

Professor Kramer’s work on odontogenic tumours led to his publication with Professors Jens Pindborg and WH Torloni of the first edition of the World Health Organisation’s Histological typing of odontogenic tumours, jaw cysts and allied lesions. He similarly co-authored the second edition of this text that is now regularly updated. His research of potentially malignant oral mucosal established the clinical relevance of sublingual keratosis – the findings of which had a major impact upon the management of affected individuals.

As Dean Professor Kramer led the expansion of programmes thus establishing the Eastman as a major international centre for the delivery of postgraduate education, secured significant funding for  the development of research of oral disease and, perhaps most notably of all, secured the estates of the former Royal Free Hospital that thus provided the opportunity to expand our facilities. These, and the many other endeavours of Professor Kramer and colleagues in the 1970s, assured the future of the Eastman.

In 1984 Professor Kramer was honoured with the OBE on retirement in the Queen’s Birthday Honours in 1984. Thereafter he pursued many interests including jewellery making, photography, gardening and poetry.

Professor Kramer was a major force who bettered the Eastman. He will be greatly missed by his wife Virginia, son, Stephen and friends – including many who worked with him, or received his guidance and training.