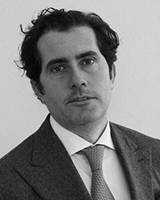 I graduated from Eastman’s Periodontology MClinDent programme in 2004.

I had started my career as an oral surgeon - not a periodontist. After a while I realized that I would like to know more and possibly periodontology was the field where the majority of research was done. So I simply wrote to Maurizio Tonetti, who was the chairman at that time, as I knew that he was doing research on tissue regeneration. At that time I did not even consider doing a full time programme and I had it in my mind to try to spend some periods at Eastman on and off; just to do some research or alternatively to finish my PhD.

One day I saw that they also had a specialty program on the website and I simply slipped the sentence [in an email] “Do you think that I would be able to apply?” Well, to cut a long story short I received a telephone call from Eastman to say the place is yours, but there’s one problem: the course started last Monday!

I left behind practice, my family and girlfriend in 48 hours. How exciting: turning your life upside down in one day. I remember this feeling of crazy empowerment: the license to change life. This however was dramatically counteracted by the first, extremely tough months in London. In fact, the liberty to vanish was equally matched by an almost complete lack of money and very basic - knowledge of the English language and habits. The first months were therefore quite dramatic but I still remember the day when after a lecture, some patients and a nice pint, I got home and I felt that I made it because I had been able to understand everything!

Studying at Eastman has been magnificent. What I liked the most was the international environment and the thoroughness of the institution: I loved how vast dentistry could be.

I have thousands of favourite memories. At that time you would all have lunch together in the canteen which was pretty packed. Lots of friends, great times…and of course being 27 years-old and in London.

I also run my purely periodontal (nearly no implants) private practice in Pisa and I organize a system of private courses in Tuscany for hygienists and dentists who want to start performing periodontology. We’ll shortly start our international courses which have kept us very busy.

I lecture at congresses and other universities (I am grateful that I have the chance to come at the Eastman as well once a year) and I thoroughly enjoy it as it allows me to meet overseas friends on a regular basis.

I have always been involved in the European Federation of Periodontology, starting as junior officer and then being elected to the Executive Committee two years ago. I’ll serve as President in one year’s time. It is a great honour and I personally love it as it stresses very much my tendency of feeling “European” more than simply Italian. In my capacity as a member of the Executive Committee I am supervising communication and awareness. In this regard we recently have launched the EFP Alumni, a community of all the periodontists who have graduated from an EFP -accredited program, of which I am the coordinator.

Basically I work all the time, the last 15 years have been more or less devoted continuously to Periodontology. But I love it.

Studying at Eastman helped me in my career dramatically. The reason being the capacity to stand on your own. In fact, if I had to sum up the major benefit of having studied at Eastman - leaving on the side being capable of speaking English, moving autonomously in London, Ronnie Scotts, appreciating rain, knowing how to iron a shirt and of course to be a periodontist… - it would be being independent. I mean intellectually independent.

The system, the schooling I was given, allowed me to walk with my own legs. It is a tremendous and empowering feeling. I could not imagine my professional life without having packed up all my stuff and moved to London to the East.