“Squashing and heating Sandstone to see what happens.”

A laboratory and field based study into the deformation of sandstone under hydrothermal conditions: implications for fluid flow within the crust. 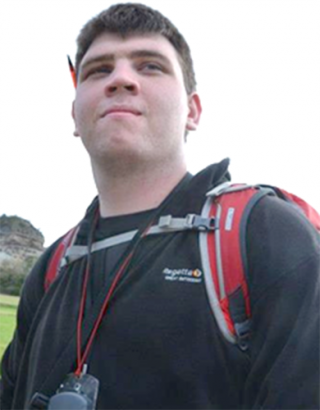 With increasing depth in the crust, the deformation mode of porous rocks transitions from brittle faulting at shallow depths, to cataclastic flow at greater depths. While the pressure dependence of this transition is reasonably well constrained, much less is known on the effect of temperature. To date very little work has been done to assess the impact that a temperature increase has on the transition from shear localisation and brittle faulting to cataclastic flow.

At elevated pressures, porous rocks typically deform by compactant cataclastic flow; this mode of deformation has recently been shown to be time dependant, due to the chemical water-rock interaction. Temperature and fluid chemistry are expected to strongly effect the compaction rate, but there is currently no data documenting these effects.

My study will utilise a new triaxial deformation press, to deform sandstone under triaxial conditions at pressures and temperatures found within the upper 6km of the crust. The response of the porosity, permeability and the development of microstructures within the rock will be measured and compared to data gathered from the field.

Prior to starting my PhD work I undertook 6 months of Environmental Science research training with the London NERC DTP. This followed on from the completion of my MSci in Geophysics at UCL, in which I did my research project with Dr Tom Mitchell, looking at the development of a seismic anisotropy in ice under elevated pressures, and the formation of the associated microstructures.

Why put a rock in a hard place?