“Long-term performance of a geological disposal facility in response to permafrost and climatic variation.”

Long-term performance of a geological disposal facility in response to permafrost and climatic variation. 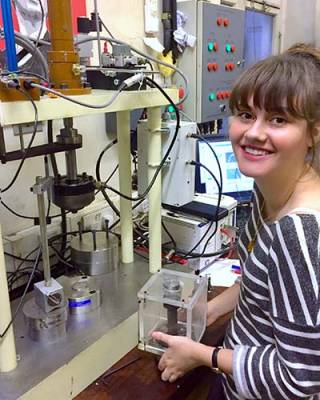 The UK has a growing body of radioactive waste, and it is crucial that it is dealt with in a safe manner. A safety case must consider timescales up to a million years. Geological disposal has been accepted as the best available long-term approach to the safe disposal of higher activity radioactive waste. Argillaceous media are being considered by many countries as a potential host rock for a Geological Disposal Facility (GDF); such media may also be used in the engineered barrier system. The evolution of our climate and how this could impact on an evolving GDF must be considered. Despite climate models showing an overall rise in global temperatures of at least 2 ºC as an immediate response to anthropogenic emissions of CO2, evidence from palaeoclimate studies leads to a prediction of future glacial periods affecting the UK on the 105+ year timescale. The potential effects of permafrost on components of a GDF in a UK context have not yet been fully researched.

This project aims to use the principles of rock mechanics and later to model specific scenarios to investigate the potential effects of permafrost on the safe disposal of radioactive waste in the UK. It is an Industrial CASE Studentship funded by EPSRC and RWM Limited, in partnership with BGS.