“Understanding the dynamic interplay between Earth’s surface processes and tectonics."

The Influence of Surface Processes on Continental Deformation: Extension and Erosion in the Basin and Range. 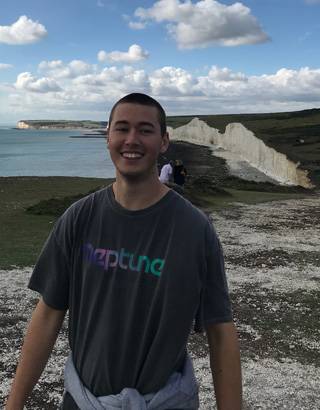 During continental deformation, strain is rarely evenly distributed across large regions, or equally partitioned onto discrete structures such as faults. Instead, some areas may host large amounts of strain, deformation and uplift, whilst others are left relatively undeformed. Distribution of strain is influenced by a variety of processes, from rheological differences in the crust, to climate factors that influence erosion. During crustal extension, movement of surficial loads by surface processes can influence the longevity of faults, providing one important mechanism that impacts tectonic processes. The Basin and Range provides an ideal area to study the influence of surface processes on tectonic development, as the region has been subject to ongoing extension since the Miocene and accommodates gradients in climate and different surface processes.

My project will combine thermochronology analyses with numerical modelling of physical processes to characterise the strain rate history of the Basin and Range, assessing the extent to which surface processes can be considered drivers of strain release and range tectonic development. The wider utility of this work is that it can help inform seismic risk assessments associated with predicted climate change.