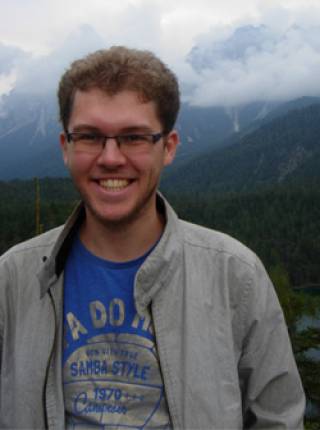 My research focuses on the origin and evolution of the Antarctic ice sheet and its relation to ocean circulation. I apply geophysical and geochemical techniques on sediments recovered from the deep-sea during expeditions of the International Ocean Discovery Program (IODP) and its predecessors, as well as site-survey expeditions. Primarily, I have been working on sediments recovered during Expeditions 342 (Paleogene Newfoundland Sediment Drifts), 374 (Ross Sea West Antarctic Ice Sheet History; including two months as shipboard participant), and 379 (Amundsen Sea West Antarctic Ice Sheet History).

Over the past years I have specialised in palaeomagnetism, stratigraphy, and X-ray fluorescence (XRF) core scanning. I am investigating the (astronomical) drivers of the Antarctic ice sheet, based on a global compilation of benthic foraminiferal oxygen isotopes or sedimentary characteristics near and on the Ross Sea shelf. Furthermore, I am applying geophysical techniques (e.g., subbottom profiler reflection data, environmental magnetism) to reconstruct changes in bottom-water circulation in the Atlantic Ocean.

My main project (“Stratigraphy, Chronology and Provenance of late Eocene-early Oligocene South Pacific sediments”) at UCL focuses on the origin and initial evolution of Antarctica and its interplay with the Antarctic Circumpolar Current, during the late Eocene to early Oligocene (ca. 3830 million years ago). I apply multi-proxy techniques on sediments recovered during IODP Expedition 378 (South Pacific Paleogene Climate) and investigate how these data are preserved in the sediment.