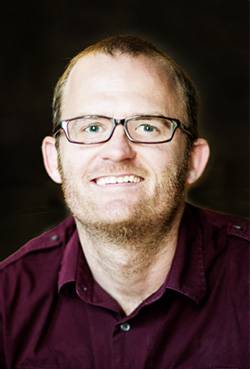 My research focuses on the structure and evolution of planetary mantles. The mantle of the Earth and of other terrestrial planets in (and beyond) the solar system are shaped by the processes of accretion (e.g., giant impacts), differentiation (magma ocean crystallization, partial decompression melting), solid-state segregation and convective mixing. Mantle present-day structures can be indirectly sampled by e.g. gravity measurements, seismic waves, or the chemistry of hotspot volcanism. To understand planetary evolution, my group and I explore numerical models of mantle convection, quantitatively comparing model predictions with geophysical observations and geochemical data. Using a similar multi-disciplinary approach, we also investigate regional models of mantle upwellings to understand the deep origin of hotspot volcanism, such as occurring in Iceland or Hawaii.

Case Study: The Diversity of Exoplanets: From Interior Dynamics to Surface Expressions. 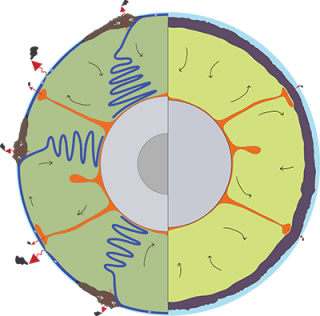 The coupled interior-atmosphere system of terrestrial exoplanets remains poorly understood. Exoplanets show a wide variety of sizes, densities, surface temperatures, and interior structures, with important knock-on effects for this coupled system. Many exoplanets are predicted to have a "stagnant lid" at the surface, with a rigid stationary crust, sluggish mantle convection, and only minor volcanism. However, if exoplanets have Earth-like plate tectonics, which involves several discrete, slowly moving plates and vigorous tectono-magmatic activity, then this may be critical for planetary habitability and have implications for the development (and evolution) of life in the galaxy. Here, we summarize our current knowledge of coupled planetary dynamics in the context of exoplanet diversity. Full study.