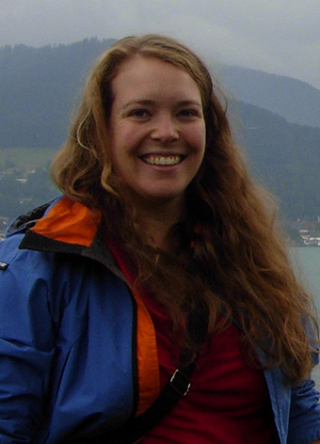 Marine archives recovered by IODP and its predecessors underpin my research. I was part of the Expedition Science Party on IODP Expeditions 363 (Western Pacific Warm Pool; 2016) and 378 (South Pacific Paleogene Climate; 2020). My research involves collating, integrating and visualising extensive datasets. To assist with this, I helped develop Code for Ocean Drilling Data (CODD) to facilitate analysis of ocean drilling data and the creation of composite core images. I also worked on the Earthsequencing Image Database, which enables rapid access to the IODP core image archive.

Recently at UCL, my research has focussed on uncerstanding Cenozoic climate change since the inception of major polar ice sheets. More information about individual projects in provided below. My initial Marie Skłodowska Curie Action 'MIONIÑO' Research Fellowship focussed on assessing the extent, driving force and global climate impacts of a potentially permanent El-Niño-like state in the Pacific during the late Miocene. In late 2022, I start my NERC Independent Research Fellowship project 'CoolRhythms', where I will look at why the beat of Earth's climate responds differently to semiperiodic astronomical forcing across comparable major ice growth events in the late Paleogene and Miocene.

Earth's changing climate is inexorably linked to the energy it receives from the Sun, which varies rhythmically, driven by the eccentricity, obliquity and precession of Earth's orbit. Earth redistributes this solar energy, sustaining warmer and cooler climate states that last for millions of years (Myr). The shifts between Earth's long-term climate states are caused by large changes in polar ice and greenhouse gasses. Over the last 40 million years, ice volume has played an important role in influencing Earth's climate. One of these climate states - the Coolhouse - captures when large ice sheets first formed at Earth's poles. The solar energy also drives a faster climate response, which beats in tune with these orbital variations. Even though the rhythmic energy that drives Earth's climate response has not changed, Earth's climate beat itself has not been stable through time. We currently do not understand what causes this. Through the CoolRhythms proposal, I will establish when and why these different beats in Earth's climate occur, focussing on the late Paleogene and the Miocene, and explore if global warming could cause another change of climate beat in the future.

The International Ocean Discovery Program (IODP) and its predecessors (IODP/ODP/DSDP) have recovered a wealth of marine sediment cores, which have shaped our understanding of how Earth's Oceans evolved since the Cretaceous. Since the 1960s, Legs and later Expeditions recovered a wide range of sediment cores and generated huge amounts of shipboard data, including physical properties tracks and core images, all of which are published open access in the Proceedings volumes. Synthesising and integrating these results, especially the information available from core images, can be overwhelming. Roy Wilkens developed various functions that run within the IGOR Pro™️ framework to help synthesise, integrate and assess data generated through scientific ocean drilling. Working with Roy Wilkens, Thomas Westerhold, Nina Rohlfs and others, we developed these macros into the Code for Ocean Drilling Data, or CODD, software package, which is available for download here: https://www.codd-home.net.

The CODD package is designed to aid in the visualisation and analysis of data collected during ocean drilling cruises. Modules include those for image and data plotting and splicing, age model development, site-to-site correlation and soon to be added tuning and spectral analysis. The different functionality can be run both at the command line or through cursor-driven actions, depending on users preferences.