Polar sea-ice and deep ocean circulation are two major components of the climate system; a new study now provides evidence from the geochemistry of deep-sea corals that the two are intimately linked. 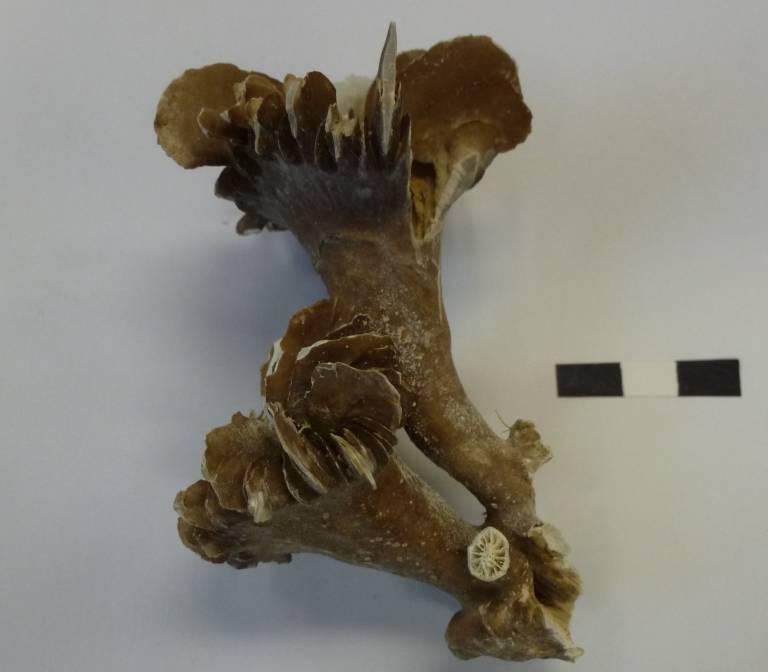 Image: Deep-sea corals of the species Desmophyllum dianthus were used to trace past Southern Ocean chemistry

Much progress has been made in recent years to understand the changes in carbon cycling and global climate that occurred between the peak of the last Ice Age around 20 thousand years ago and the start of the warm Holocene period 11.7 thousand years ago. During the Ice Age, atmospheric CO2 levels were reduced by around a third compared to the Holocene, and it is known that much of this carbon was stored in the ocean. However, the mechanisms responsible for the carbon storage as well as the trigger for deglaciation have been widely debated. A recent study, led by Dr David Wilson from UCL Earth Sciences, has now provided an important new piece in this puzzle. It shows that Antarctic sea-ice expansion at the peak of the last Ice Age led to a fundamentally different mode of ocean circulation, with reduced mixing between deep and mid-depth waters giving rise to enhanced ocean carbon storage.

The key evidence came from analysing the geochemistry of fossil deep-sea corals collected from the Drake Passage between South America and Antarctica. This region of the Southern Ocean is a choke-point through which all deep waters must pass, making it an ideal location for exploring past ocean dynamics. Neodymium isotopes in the corals were used to fingerprint past water mass mixing, revealing that the dense deep waters that formed around Antarctica during the Ice Age were more isolated from Atlantic deep water sources. This Ice Age ocean structure had been predicted to arise from sea-ice expansion in recent modelling studies, but these data provided the first direct test using a water mass tracer in the Southern Ocean. At the end of the Ice Age, sea-ice retreat was simultaneous with the return of Atlantic waters to the deep ocean, indicating a weakening of the deep ocean stratification which preconditioned the ocean for carbon release.

Dr Wilson, a geochemist in the LOGIC group, said “This study was exciting because we were able to pull together evidence from multiple tracers, not only neodymium isotopes but radiocarbon and boron isotopes, to tease apart exactly what happened in the oceans and when.

“Plus it was important to provide data that could be used to constrain models – and in this case the two even seem to agree!”

Further research will be needed to determine the exact mechanism by which sea-ice controls the deep ocean structure. Increased sea ice formation can produce a denser deep ocean via brine rejection, while a northward expansion of the sea ice zone could shift water mass boundaries in such a way as to reduce vertical mixing by rough seafloor bathymetry. Future changes in the Southern Ocean are also likely to be influenced by meltwater inputs from the Antarctic Ice Sheet and shifts in the Southern Hemisphere westerly winds.

Research in the LOGIC group uses isotope geochemistry to explore a range of diverse questions about the operation of the earth system. In his current project, David Wilson is using lithium isotopes in cave waters and speleothems to quantify the role of continental weathering in the global carbon cycle.