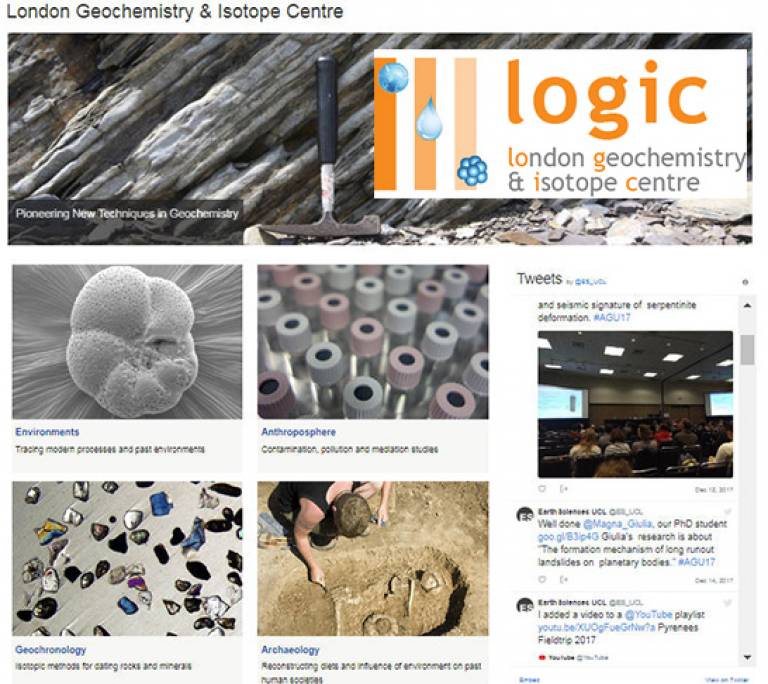 As an established research grouping hosted by the Departments of Earth Sciences at UCL and Birkbeck college, the LOGIC group (The London Geochemistry & Isotope Centre) has developed its seminar series as an opportunity to bring together researchers interested in the forefront of diverse fields of geochemistry to meet with each other and with colleagues from other institutions for scientific discussions.

For the 2018 Term 2, the LOGIC group has organised 10 talks in total, of which 6 involved invited speakers and 4 from within the LOGIC group. This term the LOGIC seminars started with Rod Brown (Glasgow), talking about the age of African topography, then Raul Henry Nadeau (Sweden) on rock-water geochemistry in hydrocarbon reservoirs, followed by our own Pieter Vermeesch, Ying Zhou, Mel Murphy and Graham Shields, on a wide range of topics from the redefinition of delta notation in stable isotope geochemistry, the geochemistry of molar tooth structure, using lithium isotopes to trace silicate weathering to the link between weathering and ocean oxygenation.

Rosalie Tostevin from Oxford University resumed the seminar series in March with a new model for the deposition of iron formation. This week Jenine McCutcheon from Leeds will talk about microbial beachrock formation, followed by Norman Moles talking before the Easter break on the formation of the Aberfeldy sedex baryte deposits and how they inform Neoproterozoic ocean geochemistry. There are 5 more talks arranged for the third term before we enter the summer breaks.