Drilling into a supervolcano

The Campi Flegrei volcanic complex, in Italy, is showing its first signs of unrest for more than 400 years. The Deep Drilling Project promises exciting new information about the state of the volcano. 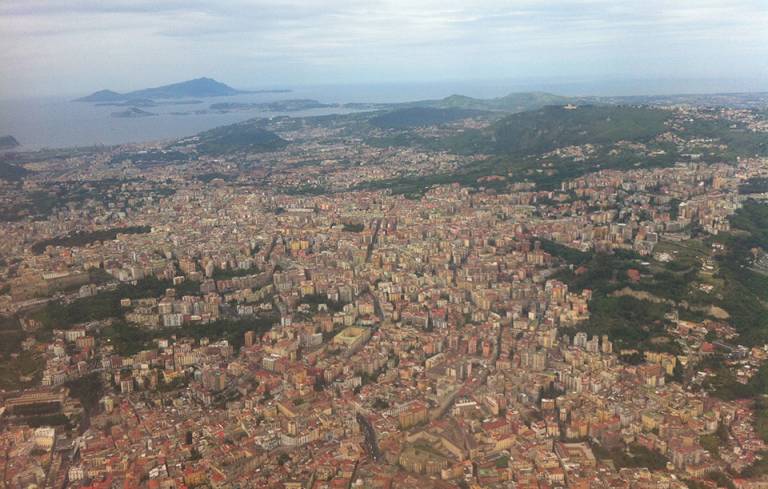 A team from the UCL Hazard Centre is working with colleagues at the Vesuvius Observatory to discover where and when another eruption can be expected.  As team leader Dr Christopher Kilburn explains: “We are studying Campi Flegrei, not only to advance science, but also to protect the 300,000 people living across the volcano".  Dr Chris Kilburn spoke to BBC-Future about the Campi Flegrei Drilling Project. "For magma to come to the surface, the rock's got to break and create a passageway for it to get out," he explains. Vulcanologists currently rely on necessarily approximate experimental and field data to determine whether (and where) the crust might fail and allow magma to escape. But "if we can do experiments on the rock that is actually there, and has been affected by fluids and high temperatures and so on, then we can get a better idea of, for instance, how those rocks would respond to an injection of magma."

A volcano hidden off the coast of Italy is so huge that it has the power to change life on Earth – should scientists drill into it to unlock its secrets, or is the risk too great? Jonathan Frochtzwajg investigates. Read the full article