The recently released paper published in the open access online journal PLoS ONE reveals the existence of two distinct lineages in the planktonic foraminifera genus Globigerinoides using molecular genetic evidence from extant members of the genus and morphometric (shape analysis) evidence from fossil representatives. They demonstrate that the two lineages independently and synchronously evolved parallel morphological traits. They also erect a new genus, Trilobatus to represent one of the lineages. 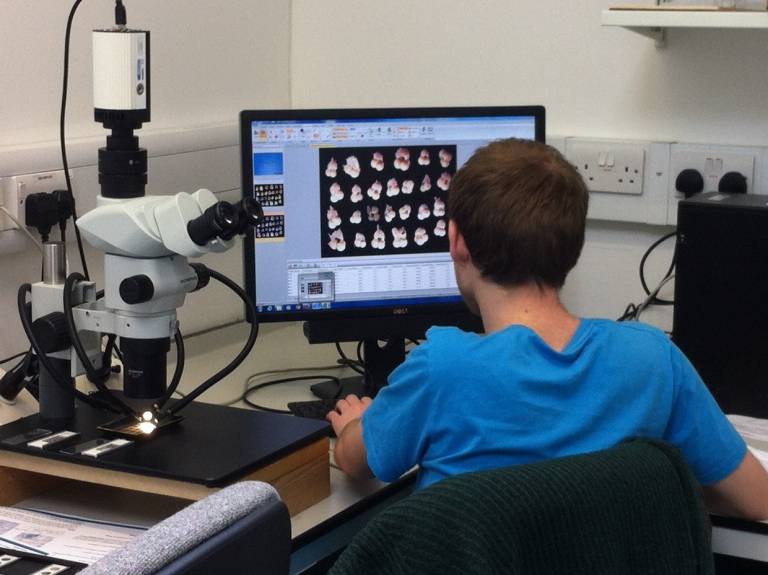 Chris’ research is primarily based on evolutionary and extinction events fossil foraminifera. Planktonic foraminifera are one of the most important fossil groups for evolutionary studies as they are well-preserved, have an extensive and complete fossil record, and are found in huge abundances. This enables the evolutionary trends to be investigated at both a temporal scale (over millions of years) and at a population level. He uses morphometrics to conduct high-resolution biostratigraphy and assess evolution and extinction dynamics on fossil populations. He also investigates morphological change in foraminifera using geochemical and morphometric data to test functional morphology hypotheses.