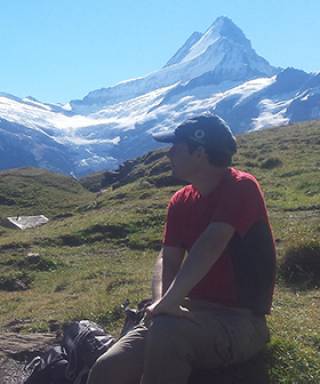 As an isotope geochemist and paleoclimatologist, I use geochemical tracers to explore how the Earth’s carbon cycle and climate system operate. By combining modern process studies, method development, and paleo-reconstructions, my research addresses the interconnected roles of ocean circulation, continental weathering, and ice sheet dynamics in the earth system. Such evidence provides an invaluable context for understanding modern and future anthropogenic changes.

Much of my research has focused on the Pleistocene and Holocene intervals, but I am also interested in earlier periods of the Cenozoic, as well as the shorter timescales of laboratory experiments and modern seasonal changes. I have expertise working with various archives (e.g. ocean sediments, foraminifera, fish teeth, deep-sea corals, speleothems) and multiple isotope systems, including radiogenic isotopes (e.g. Pb, Nd, and Sr), stable isotopes (e.g. C, O), and non-traditional stable isotopes (e.g. Li).

Recent and ongoing research projects include:

Please get in touch if you are interested in collaborating on any of these topics, or would like to pursue doctoral research linked to any of these areas at UCL.

I also coordinate the London Palaeoclimate Network, which holds monthly seminars and discussions linked to paleoceanography, palaeoclimate, and climate change (running online in 2020-2021). Please send me an email if you would like to be added to our mailing list!