The 2020 has been a unique year. After the initial closure in March we started the process of gradually re-opening in June focusing initially on labs. Over the summer, we prepared for safe, limited face-to face teaching and tackled the gargantuan task of putting all teaching resources online.  We should emerge from the pandemic as a stronger Department, armed with more flexible and environmentally-friendly working arrangements, and a superb array of online educational resources. Happy Christmas!

Dr Katharine Giles and Professor Seymour Laxon, who tragically died within months of each other in 2013 have had bays in Antarctica named after them in recognition of their contributions to Antarctic science. They are among 28 leading UK researchers and explorers recognised in this way by the Government of the British Antarctic Territory. Both were prominent sea ice scientists and have been honoured with place names on Renaud Island, part of the Biscoe Islands in the British Antarctic Territory.

Student Experience: Living through an earthquake. 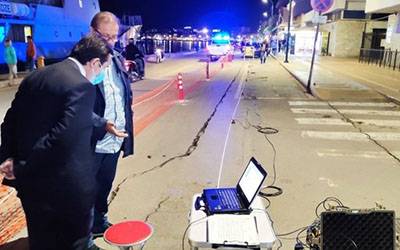 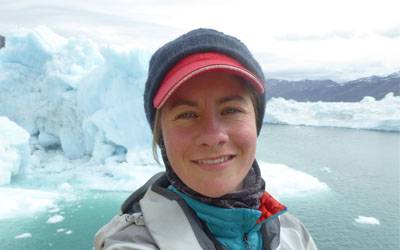 I am an isotope geochemist, interested in developing novel tracers of carbon cycling in the past and present ocean. 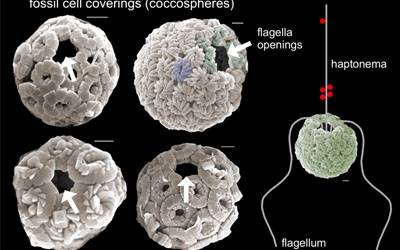 What caused the mass extinctions in the oceans triggered by an asteroid impact, why some marine organisms survived and some didn’t? 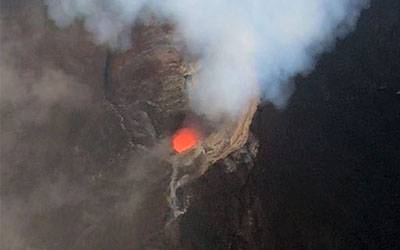 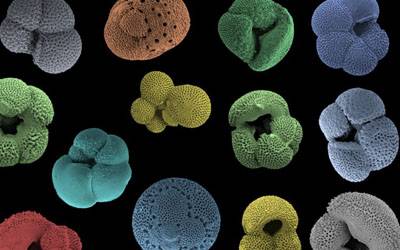 A sustained & lengthy international collaboration comes together to compile a global time scale for Earth history.

Outreach: A new era for GeoBus 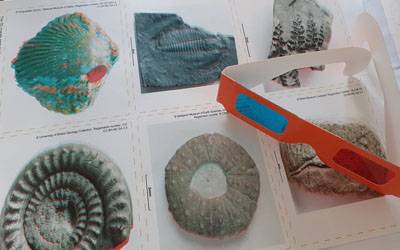 Originally planned as a stop gap, the virtual workshops have evolved into a new platform for delivering engaging outreach. 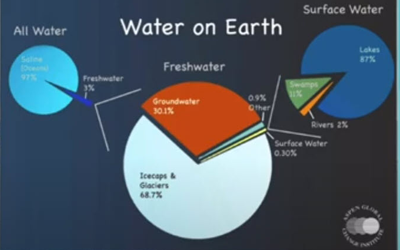 Water is essential to life and the economy. It is a feature of several of the UN Sustainable Development Goals. 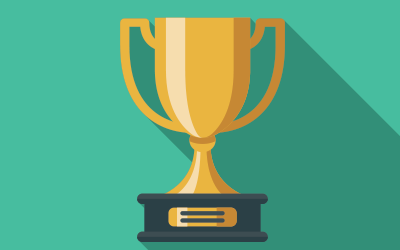 Congratulations to Dr Rosie Willatt and Prof Eric Oelkers for receiving awards for their contributions to science. 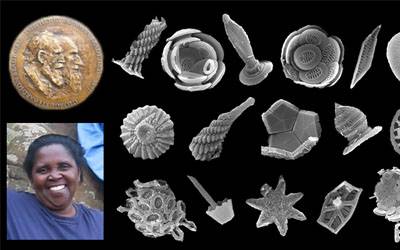 The department would like to extend our congratulations to Joyce on the award of this prestigious medal.

It goes without saying that 2020 has been a unique year for the Department of earth sciences as it has for everyone. In march we close the Department, and in June we started the process of gradually re-opening, (focusing initially on labs). Over the summer, we prepared for safe and limited face-to face teaching, and tackled the gargantuan task of putting all teaching resources online. This has been rather stressful and  a huge amount of work for all concerned. It is no exaggeration to say that many staff have been working 12+ hours days, seven days a week, without a break, for months on end. These efforts, which I have greatly appreciated, have not gone unnoticed by students and others at UCL. In most cases, our online teaching resources are greatly valued by students, as shown by mid-term feedback and conversations we have had in the Staff Student Consultative Committee. I am also very pleased to report that these efforts have been recognised by our Faculty (Mathematics and Physical sciences), through the award of Teaching excellence prizes to Sebastian Groh (teaching staff), Susie Rizvi (for her Professional Services support), Giulia Magnarini (PhD student)( and a large team led by Tom Mitchell who developed our Virtual Field Trips.

There has been some other good news too. In mid-October, we found out that our Athena Swan Bronze Award had been renewed – thanks to Andy Tomson, Philip Pogge Von Strandmann, and the rest of the AS Committee for all of their hard work on this. Now we are implementing the measures needed for us to achieve a Silver award next time around. In addition, I am delighted to report that Eric Oelkers has been awarded the 2021 Schlumberger Medal by the Mineralogical Society, and Ana Ferreira has just been awarded an ERC Consolidator grant. Moreover,  posthumous honours have been bestowed on Seymour Laxon and Katherine Giles. Seymour and Katherine worked for the Centre for Polar Observation and Monitoring (CPOM), and tragically died in separate accidents in 2013. This devastated many colleagues and tore the heart out of CPOM-UCL, and it has taken several years for CPOM to recover through the work of Julienne Stroeve, Michel Tsamados and others. To honour Seymour’s and Katherine’s scientific contributions, the UK Foreign, Commonwealth and Development Office, has named locations in the British Antarctic Territory after them, to commemorate the 200th anniversary of the discovery of Antarctica. We are all delighted by such a fitting memorial to Seymour and Katherine.

I am optimistic that we will see a gradual return to normal activity in Earth Sciences during the course of 2021. We should emerge from the Covid19 pandemic as a stronger Department, armed with more flexible and environmentally-friendly working arrangements, and a superb array of online educational resources. In the meantime, I wish you all a very Happy Christmas and a well-earned break.

What's New:
Our Newsletters | The Department at a glance